'Superman Returns': Remembering who I am 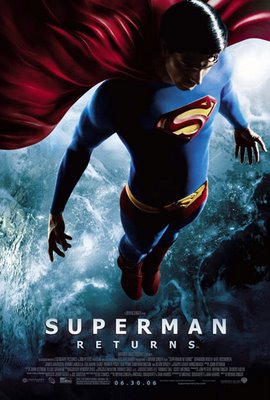 Yesterday afternoon, my husband and I ferreted away the kids with a sitter, drove over roads baking under a Southern near-100 degree temps, and hid away in dark and pleasantly-cooled theater with a bag of popcorn for two-and-half hours of Superman Returns. And I liked it. A lot.

The critics—both positive and negative—have their points. But overall, I think the film has enough great scenes, story moments and “iconic” moments (as Perry White would say) to make it soar. And while many of those are ones on which I could ruminate (both as to where the film gets it right and where it gets it wrong), one defining moment in Superman Returns really resonates with me.

It comes during a conversation between Superman and Lois. Lois has just told Superman that world doesn’t need a savior. His response? He invites her to see the world from his perspective. He lifts her above Metropolis and, with the city lights twinkling below them in silence, he asks her what she hears. She says nothing.

Superman tells her, “I hear everything.” He hears people crying for a Savior all the time. 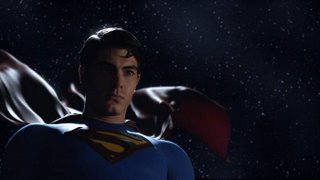 While that line in itself is a good one, it wouldn’t mean much without the scene that comes afterwards. After dropping Lois off, Superman flies higher, above the earth’s atmosphere and hovers in the silence of space. The earth is beautiful, blue and sparkling and peaceful. But for Superman, there is neither peace or silence. He does indeed hear everything—all at once: the news reports, screams, sirens, cries for help, pain and distress. But it doesn’t overwhelm him. He dives down to earth with joy and determination—and goes to work, helping and saving one person right after the other. It’s who he is, and he embraces it.

This is a powerful scene because it reminds me of how Jesus felt about the people he saw, whether it was the multitudes spread across the hills or the blind man in the dusty street of a village. He heard the cries and saw the desperate lives in front of him. He really saw them—and he reached out to help. It's who he is. He embraced it. And he invites us to be like that too.

The problem is, I’ve become more aware of how often I don’t think and see and hear like I’m living in those same wide open spaces of God’s grace and glory that Jesus inhabits—that Kingdom in which he lives and breathes and rules and invites me to enter and thrive within. Time and time again, I live with tunnel vision which is all too often focused on me. In other words, while I live in God’s kingdom, I still think like I’m not. And that makes me act like I’m not.

And that doesn’t do anyone any good.

So, what can I do to change how I think? That’s a question I’ve been asking myself a lot lately. And that scene from Superman reminded me of a passage I recently read from Neil Cole’s Cultivating a Life for God.

“We all need to regain the compassion that Jesus felt in His gut when he took the time to see the multitude,” writes Cole. “There are times when I intentionally go to a crowded shopping mall or a busy restaurant and just stand among the throngs asking the Lord to break my heart. It may take a while, but the Holy Spirit begins to open my eyes to the lost people who are distressed and downcast. They are shepherdless sheep.”

That image is uncannily like the one in Superman Returns. Cole wants to see the world and the people in it the way God does. He wants God’s heart. He wants to hear and see the way a Kingdom person does.

Cole is reminding us that it starts with our hearts. It comes down to who we see ourselves as—our identity. Do we really understand and believe that our hearts now beat only because God’s love rushes through our veins? Do we see and smell those wide open spaces in which we live—and do we see the distressed and downcast who stand at the Kingdom’s door but know it not? Do we embrace who we are—children of God always transforming into the likeness of Jesus—or do we live like we’re still on the outside of the Kingdom? Because that will make all the difference on how we respond to those around us—and if we even hear or see them in the first place.

That doesn’t come all at once. It’s an always-going-on thing. And it comes only as I constantly surrender myself to Jesus, as I remind myself of who I am over and over. It comes as I do those things that God has given us to do to cooperate with him in becoming more like him: praying like Cole in the midst of a shopping mall, reading God’s Word so voraciously that it begins to become the way I think, sitting in silence away from TV and people to let my heart and mind bow in silence before Jesus, confessing to my Christian sisters each week how I’ve chosen to live like I’m outside those wide open spaces—all those habits and disciplines which remind us of who we are and open us to God’s coursing love and grace which transforms us into being like Jesus.

And, while that scene from Superman Returns helps me remember all this, it breaks down eventually because God isn’t transforming us into individual superheroes sent out to save the world. He’s transforming us into his “church”—those people who live and breathe and reach their hands out together in such love and transformation that their very lives together are a beacon of safety and hope. How do we do we live like that? What does it really look like? That’s another question this blog has been asking.

So, yeah, I liked Superman Returns. Ultimately, it reminds me of who I am—not a superhero, but the always-transforming, the already-but-not-yet. It reminds me I am one of his many children who, when she remembers who she is, embraces with stumbling joy the world and people around her.

And that is good.