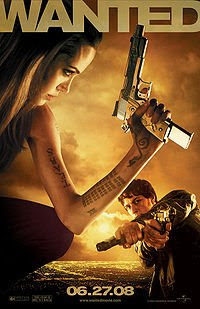 We recently saw last year’s Wanted (which is up for a couple awards this Sunday), a film loosely based a comic miniseries and centers on a young man’s recruitment into a secret group of assassins who get their targets from a device of Fate. As Peter Chattaway (who just got a new gig—congratulations!) notes in his review at Christianity Today, it’s somewhat above average for a comic book film and deals with interesting questions surrounding fate and destiny. But I was struck by one of the more minor themes: the weaknesses of an unexamined faith.

(Be forewarned: major spoilers revealed in the discussion ahead; read on at your own risk).

In the film, Wesley Gibson (James McAvoy) is recruited from his miserably mundane life into The Fraternity after he’s told that his father (who left his mother when he was a week old) was killed by a rouge member of the group—and, for reasons kept from him, only he can kill the traitor. After he’s trained, he’s given a target to kill, which comes from the Loom of Fate, a device that was discovered centuries before to reveal in binary-code the names of people who must be killed to maintain balance or order in the world. When he hesitates, Fox (Angelina Jolie, who has overseen most of his training)—a true believer in the code of the Fraternity and the reliability of the Loom—tells Wesley the story of how her father was killed by a target The Fraternity had failed to kill weeks before. That settles it for Wesley; he kills his target.

Someone’s personal story, witness and experience is a powerful and integral piece when it comes to faith, but it is only one aspect. What we believe—and why—must be constantly examined in a larger context. Wesley’s acceptance of the integrity of The Fraternity and the reliability of the Loom based on one testimony (as authentic as it was) leads to death and disaster.

This leads me to think of my own faith and how lucky I am to have been encouraged to examine it. More than once, I’ve been reminded that if what we believe is true, it will stand up to scrutiny. And one of the things I’ve (re)examined in that journey is the reliability of Scripture. Among other things, the Bible can be understood as a compiled testimony of over thousands of years about God’s interaction with man. But it shouldn’t be accepted on blind faith alone—just because one person tells us to or witnesses to it. It must stand up to scrutiny—and, as many have demonstrated (by the likes of, for example, C.S. Lewis, Scot McKnight, N.T. Wright, John Stott and Josh McDowell, to name only a few), it seems to do that pretty well. In addition, we should also be able to observe the reliability of that testimony around us. When it comes to the Bible, I resonate with how Ken puts it:

I don’t trust the Bible because its historical claims are beyond dispute (they aren’t) or because it contains no apparent errors (it does); I trust it because its consistent teachings about human nature and what it takes to live in community, the kind of world that we live in, the kind of God we have access to, and much more, are logically coherent and continually confirmed by my daily experience.

Wesley eventually does confront and question his faith in the code of The Fraternity and the Loom, and the Loom is in fact revealed to be an instrument of Fate. In that sense, his faith in it is warranted. Interestingly, however, it is Wesley’s examination and questioning that ultimately brings into the light the manipulation of the assassins’ faith by one of their leaders, Sloan (Morgan Freeman). It is not the Loom itself that fails scrutiny (in fact, it appears to have been all too reliable) but Sloan, who desires his own self-preservation and power. 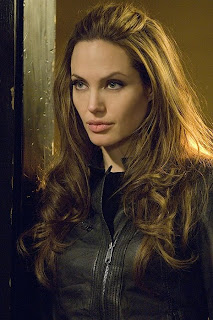 One of the disappointing moments for me, however, is Fox’s choice in the light of that revelation. When Sloan tells her that her name and the names of several other assassins came up on the Loom and that he protected them by not having them killed, Fox chooses to fulfill Fate’s alleged orders. She makes a self-destructive and murderous choice based on the word of the man who’s been manipulating their faith even after he confesses his manipulation. This makes me wonder if, for Fox, questioning her faith is akin to rejecting or losing it. Of course, she could have been carrying out her own judgment. Or it could be just one of a few plot holes in the film, heh.

It would have been interesting to find out whether or not the Loom came up with Fox’s name. If it didn’t and this was another of Sloan’s lies and manipulations, it would indicate the nature of Fate in this film had some concept of mercy or grace—or, at the very least, a sense of judgment beyond a binary code. If the Loom had indeed come up with their names, however, then Fate in this film would be one without mercy or grace.

And all that makes me grateful for God. Our faith isn’t simply a set doctrine or beliefs. And our trust isn’t in some impersonal or binary-coded Fate. As a follower of Jesus, our faith and trust is in a good, present and personal God—one who desires much more than mere balance for or order in the world. He loves; indeed, he is love. He desires goodness, wholeness, justice, right-ness, abundant life, freedom and healing for his creation. He longs for and invites us into a personal trust and relationship with him. He is Abba—and his Spirit lives within us. Our relationship with him is not mere service to a distant and detached Fate but dynamic, deeply personal and life changing—and dripping with love.

And when we practice that trust and relationship with God with others (as we are designed and meant to), we shouldn’t be afraid of honest and sincere questions and examinations—be they from ourselves or others. Yes, there will be times of darkness, suffering or doubt. But if God is who he is and can do what he says, our faith and trust can only grow deeper.

At least, that’s been my experience. But don’t just take my word for it. Check it out for yourself.