Clark Kent is one of us 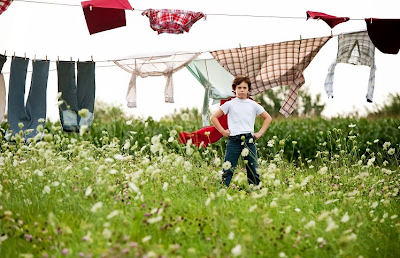 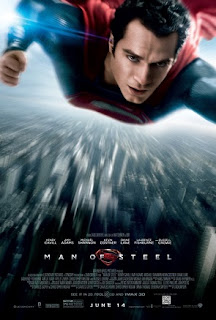 I just finished a column on Man of Steel (that won’t be published for another couple of weeks) so I purposely didn’t read a lot about the film until I turned it in to my editor. Afterwards I immediately scoured the internet to see what others thought and grew steadily intrigued by the responses that bristled against the messianic themes in the film. In particular, I found the most engaging reflections by the likes of EW’s Jeff Jensen (whom I started reading for his amazing Lost episode reflections) and Patrick Craig (a young man’s blog of which I’ll be reading more).

While they come at it from different directions, both point out that Superman isn’t Jesus—at least, he’s not the kind of Jesus we find in our own Story. I totally agree. And, truth be told, Zach Snyder’s intentional choices to emphasize the messianic themes in the lore without a more thoughtful resolution invites this kind of backlash. As a lifelong Anabaptist, the idea of a messianic figure who uses violence to save the world has always made me twitch a little. The last half of Man of Steel made me twitch a lot.

So, believe me, I totally get it.

But here’s the thing. While I’m drawn to (and have written a lot about) the messianic themes in Superman, what resonates most with me is something else: Clark Kent is one of us.
Clark Kent is actually more human than the humans around him. His story has one of the more blatant connections to our own Story, not because Clark is Jesus but because he, more than most superheroes, struggles with an issue most like our own: what it means to be super-human—or, at least in our case, what it means to be wholly human in a materialistic or secular culture.

We live in a culture in which one of the dominating belief systems suggests that the physical world is all that exists. There is no God and we have no soul. All life, thoughts and feelings are products of physical and biological interactions that end in death. There is no spiritual dimension to human existence.
In our Story, however, being human is so much more than that. In The Weight of Glory, C.S. Lewis says that every human you meet is an immortal being:

It is a serious thing to live in a society of possible gods and goddesses, to remember that the dullest most uninteresting person you talk to may one day be a creature which, if you say it now, you would be strongly tempted to worship, or else a horror and a corruption such as you now meet, if at all, only in a nightmare. All day long we are, in some degree helping each other to one or the other of these destinations. It is in the light of these overwhelming possibilities, it is with the awe and the circumspection proper to them, that we should conduct all of our dealings with one another, all friendships, all loves, all play, all politics. There are no ordinary people. You have never talked to a mere mortal. Nations, cultures, arts, civilizations—these are mortal, and their life is to ours as the life of a gnat. But it is immortals whom we joke with, work with, marry, snub, and exploit—immortal horrors or everlasting splendors.

Clark’s central struggle is coming to terms with the reality that he is not ordinary—that he is, to use Lewis’ words, a god-like creature who could one day be an immortal horror or everlasting splendor. I’d say that’s a pretty close connection to our own Story.

Through Clark’s story, we get to explore questions central to our own identity: How do we deal with this kind of identity? How do we embrace our purpose? How does that change how we approach others? The world around us? Wield power? Handle injustice? Confront evil?

Clark’s choices aren’t always good ones (and why should we expect any different if he is like us). And some that seem right by cultural standards don’t work for me as a God-believer. And Clark’s story at some point breaks down simply because it isn’t our Story. But when his story is told well (and I think Smallville has told it best so far), we learn a lot about ourselves, our world and even our own Father.

In a culture that has trouble with the idea of the existence of a soul, I appreciate stories that give us a protagonist that struggles with issues of human and divine identity—not because he is God-man like Jesus but because he is man-soul like us. When our focus is solely on the messianic themes—be it because that’s what we want to see or because we have a director who hits us over the head with it—we miss a whole world of things we can take away from a story like this.