Having “Déjà Vu” of the Story 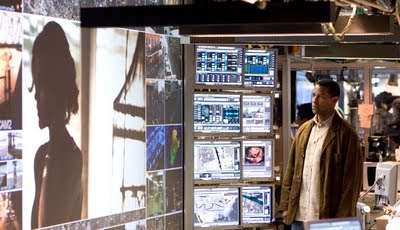 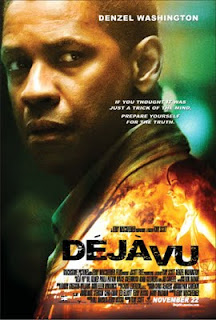 A few weeks ago, for the second time this year I watched—and once again enjoyed—Déjà Vu, a 2006 film starring Denzel Washington as an ATF agent Doug Carlin who’s investigating the blowing-up of a New Orleans ferry (killing over 500 people, including children). The film has its weaknesses, but I can’t help but find it not only one of the more interesting science fiction films I’ve seen but also one with profound echoes of a greater story—the Story. And that brings God-talk into open spaces.

Carlin is a guy who pays attention—to his surroundings as well as to people. And that draws the attention of FBI agent Paul Pryzwarra, who heads a special task force that wields a mysterious and experimental technology that allows them to peer back in time four days—in great detail and with no point-of-view restrictions. The limitation, however, is that the space they can observe must be within a three mile radius of their equipment—which is why they are set up next to the ferry’s dock and explosion.

Carlin intuits that the death of a woman, Claire Kuchever (Paula Patton), a few hours before the explosion is connected to the crime, and has the task force focus on her. As he observes her, his attachment to her grows—and when he discovers that the technology he’s working with also allows small objects to be sent back in time (something the FBI agents are opposed to due to messing up timelines), Carlin’s desire to save her also grows. 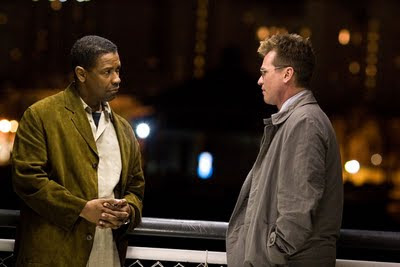 This represents a significant change in Carlin, who’s been jaded by his job. At one point, he tells Pryzwarra:

Everything you have, you lose, right? Mother, father--gone. Good looks, Pryzwarra? Gone. Loved ones gone in a second. That's what this job teaches you, isn't it? No matter what, no matter how hard you grab onto something--you still lose it, right?

As he begins to realize the potential of the technology to not only prevent the ferry explosion but also save Claire, he tells the FBI task force:

The FBI task force debates sending back in time a note to Carlin warning him of the ferry explosion—and in their conversation I find one of the only theories of time travel that I really have any comfort with. One of the scientists tells Carlin, “The traditional view of time is linear, like a river, flowing from the past towards the future.” When another character asks if you change the course of the river, she replies: “Introduce a significant enough event at any point in this river and you create a new branch, still flowing toward the future, but along a different route. Changed.” In other words, an alternate timeline. But another character suggests something different, that the river of time “is the Mississippi” and any changes we make are the equivalent of “lobbing what amounts to a pebble into it.” He concludes, “That's a very few tiny ripples in a kind of big body of water, don't you think.”

I like this image of time as a river, flowing from the past towards a future, with the idea that whatever big rocks are thrown or dropped into the river can change the flow around the rock (change some events in time) but not the flow of the river as a whole. Time continues forward with a few changes but it all flows en masse together towards the same end.This kind of approach to time travel resonates with me because it echoes and makes the most sense in context of the larger Story of which we all are a part. If Scripture is right, we know how the larger framework of the Story ends, this river of ours moving towards a sea of endless boundary. Though evil and darkness throw pebbles, stones and even drop boulders into that flow, the waters of time—permeated with God’s love, goodness, just-ness and right-ness—flow around it towards redemption, renewal and life. There is an abundance of free will within that flow, but nothing will change where that Story is going.

But this story also reveals another aspect of the Story that resonates with me. In this film (and its time travel theory), a distant or low risk act doesn’t make a huge difference. In fact, it doesn’t change much at all. For example, when they send a paper note back to Carlin in the past, present-Carlin and the others watch it land on a desk after past-Carlin leaves the room—and his partner picks it up instead. We already know his partner dies, and this act doesn’t change that. 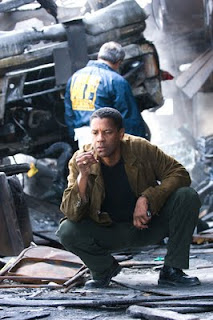 It isn’t until Carlin goes back himself at great personal risk that people are saved. Interestingly, Carlin’s risk leads to his death (twice). He loses everything—but in doing so, he gains what he really wanted in the first place: a chance to save prevent death and keep a wrong from happening. The people he save—including Claire—are free to live.

In this story, one act distant or low risk act doesn’t make a difference, but a series of invested, personal acts does. To save others takes full commitment. For Carlin, the culmination of those choices literally takes his life. But in giving that life he saves not only hundreds of others including the woman he loves but, in the end, his own as well.

In all this is a poignant echo of the Story and a God who refuses to deal with us from afar, but incarnates in Jesus, who sacrifices life itself to save us from death, fix the foundational wrong that’s broken us and free us to live—really live.

But all this also gives me a good image for Jesus’ words about giving up our lives to save them: “If anyone would come after me, he must deny himself and take up his cross daily and follow me. For whoever wants to save his life will lose it, but whoever loses his life for me will save it” (Luke 9:23-24). It begins with our choice to follow Jesus, which then inexorably forms how we look at and relate to others. Donald Kraybill also gets at this in The Upside-Down Kingdom:

Cross-bearing isn’t a one-time decision. It’s a daily assessment of our willingness to make expensive decisions for the sake of Christ. Again and again, day after day, the call comes, “Whoever does not carry the cross and follow me, cannot be my disciple (Luke 14:27). “whoever does not take up the cross and follow me is not worthy of me” (Matt. 10:38)….

The substance of Christian faith lies in our willingness to walk in the way of Christ…. Following Jesus means not only turning over personal habits and practices, but turning to a new way of thinking. This new kingdom logic counters much of what we take for granted. Jesus calls for a reformation of values, behavior, and thinking. To follow Jesus, to be converted, means turning around, and joining a community anchored on kingdom norms and values.

The above-all norm and value of kingdom life is love—for God and others. And this requires putting the best interests of God and others above our own. I love the way Christopher Hall describes the sacrificial nature of the Christian life in The Renovare Spiritual Formation Bible:

Did Christ ever turn a blind eye to the needy for the sake of his own comfort? Hardly. The manifestation of Christ’s love to a fallen world is often cruciform. It was for Jesus and will often be so for Christ’s disciples. 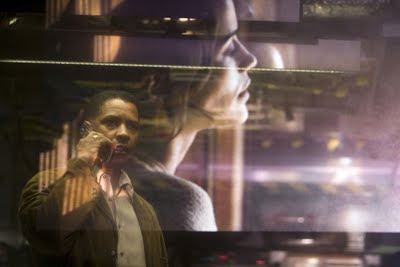 I see strong images of all this as I watch Carlin transform throughout the film from a jaded and hope-empty man to one who puts the best interest of others so far above his own that he sacrifices his own life—and saves it in the process.

Like most good stories, Déjà Vu invites us to ask some important questions—like is there such a thing as fate or destiny—and ultimately, God? Is he distant? Or is he intimate and good? What is worth your life? What (or who) are you willing to risk and sacrifice your life for?

As a last note, this film has one of the best twists on a chase scene I’ve ever seen. At one point, Carlin uses a mobile-version of the technology that allows him to chase the bomber’s car four days in the past—but Carlin must dodge traffic in present day as the chase ensues. Seriously and delightfully mind-bending and nail-biting! 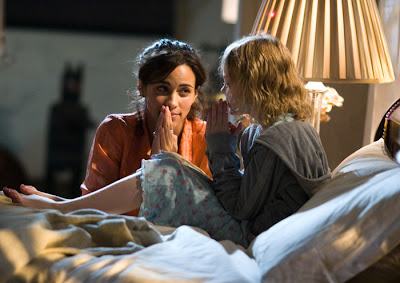 Lest you think I am pulling a little too much God-talk out of this film, the film itself seems to invite this kind of rumination as it is peppered throughout with talk and images relating to God, faith and religion. Whatever the case, I thoroughly enjoyed and resonated with the questions, themes and God-talk this film brings into open spaces—and it wasn’t bad science fiction, either.