January 07, 2009
As I went back over the things I read this past year, I must admit I’m a bit chagrined that I haven’t read more—especially after reading this. Ack. I’m approaching this list a little less structured than I did in the past, partly because a good share of my reading was articles and revisiting significant portions of books I’ve already read.

So, for what it’s worth, the favorite things I read last year: 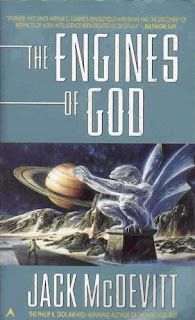 In the fiction arena, I read more than I thought. My favorites this year included a couple of Alex Benedict novels by sci-fi author Jack McDevitt (A Talent for War, Devil’s Eye) along with his Pricilla Hutchins novels (I especially liked Engines of God and Chindi). As I’ve said before, I not only appreciate McDevitt’s ability to tell a good story but also his exploration of human nature and inquisitiveness about faith. I also read a couple of books in the near-future climate change disaster series (mostly set here in the D.C. area) by sci-fi giant Kim Stanley Robinson (40 Signs of Rain and 50 Degrees Below). And I really enjoyed P.D. James’ Children of Men and rereading Alexander Key’s Escape to Witch Mountain (which has a surprising amount of God-talk in it). Finally, I would be remiss if I didn’t mention that I savored the last book in the Jim Chee/Joe Leaphorn Navajo mystery series by Tony Hillerman, who died last year. I will miss his stories. 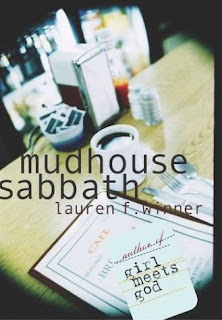 In the nonfiction arena, as I mentioned earlier I spent some time revisiting several books, including Dallas Willard’s Divine Conspiracy and Richard Foster’s Celebration of Discipline. These authors are two of my favorite, ones whom I return to often. Just browse through Food for Thoughts for a taste of their wisdom. I did read some new books as well, including the outstanding Soul Graffiti by Mark Scandrette and Mudhouse Sabbath by Lauren Winner. The former reminds me of the kind of living I know we are called and enabled to experience as followers of Jesus—and several of Scandrette’s points also made it into some of my other posts. And Winner’s book is simply a book I wish I had written. I had mixed feelings about George Barna and Frank Viola’s Pagan Christianity, but I think it’s well worth the read.

Finally, this year I found real enjoyment in the writings of several film critics, especially Roger Ebert and Peter Chattaway. Ebert has been a long-time favorite of this blogger (whom I quote often) and this year I especially loved and appreciated his article about why he’s so generous when it comes to reviews. I also enjoyed Chattaway’s film reviews and articles (you can find them at Christianity Today and Canadian Christianity among other places), his tenacious and constant stream of film news, and his personal ruminations about the industry and films (like this recent example).

So, there you have it. If you’ve made it this far, let me know what you read last year.