Why good television shows get cancelled 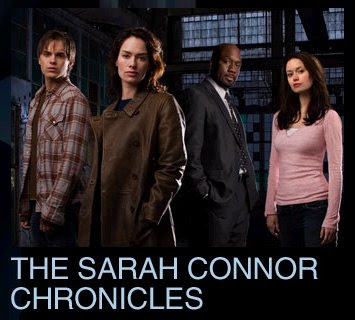 Pushing Daisies. Life on Mars. Firefly. Jericho. Roswell. Joan of Arcadia. What do these shows have in common? They some of the television series I’ve really enjoyed watching—and most of which often brought God-talk into open spaces—over the last 10 or so years. But every one of them was cancelled after short runs. And now I can add another one to the list. Rumors have been swirling for quite awhile that Terminator: The Sarah Connor Chronicles was slated to go, but when Ausiello at EW says it, well, then it’s pretty much all but official.

Sigh. Why do good television shows like these get cancelled? Granted, some on my list were better than others, but I wasn’t the only one who thought they were engaging and interesting if not actually good. 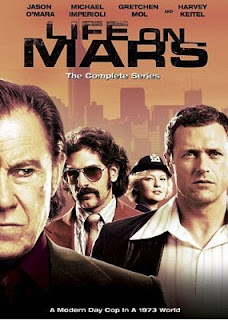 I’m far from the first to ask that question—or at least, one like it. Kristen Howe chalks it up to 13 factors, from script and cast changes to not enough buzz and schedule changes to the ratings—while Brian Ford Sullivan over at Futon Critic boils it down to three (not enough lead-in audience, tanking the network’s average rating for the time period and costing too much). Amy Robinson suggests that series focusing on ongoing story arcs (rather than self-contained one-hour dramas) seem to wean off viewers—and she suggests limited-run scripted shows as an option. Marco Chacon also likes that idea—especially when it comes to science fiction (which stakes out a large portion of the series I’ve liked that have been cancelled). Sci-fi, says Chacon, not only needs what other shows do—“rabid fans and sufficient eyeballs” who actually stay home to watch the show (and thus see all the advertisements, the obvious bottom line for the powers-that-be)—but also higher budgets for all those special effects. This is more doable, he says, with a 22-show story.

I think all these folks on to something. There are a lot of factors involved in what makes a show a success (critically, popularly and financially)—and, unfortunately, good story and characters don’t always mean as much as they should. 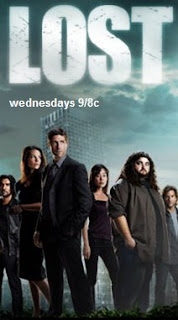 And maybe there’s something about a good story that’s not always attractive to viewers, either. Many of the series I like rely on ongoing story arcs—like T:TSCC, Lost, Life on Mars, Jericho, Battlestar Galactica and Heroes. Even for those series that debuted strong, all of them experienced rating declines as the stories progressed. It simply wasn’t as easy to jump in if you’re a new viewer. There is a lot of catching up to do—something Lost writers are combating by using a humorous technique. Interestingly, several of these series negotiated end dates with the powers that be so that the story could be wrapped up. In the case of BSG and Lost, it’s arguable that the stories actually got better as the writers wrote with an end in mind. That doesn’t always work, however—Life in Mars is my case in point. (To be fair, not all shows like this suffer drastic ratings drops and end dates; Smallville, for example, is in its eighth season.)

But even if that problem were solved, I’m wondering if these kinds of stories would not get the ratings we’d expect anyway. Good stories are more than good entertainment. As I’ve mentioned before, good stories, among other things, explore what it means to be human and live in this world. They get at who we are and why we do the things we do. They take us down the roads those choices lead. They tell us something about ourselves, the world we live in, the people we walk with and those with whom we cross paths. And the best stories are true—not that they actually happened but in that they reflect human nature and the way the world works in reality. 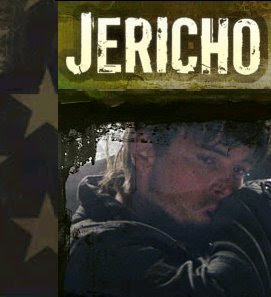 And stories like that often invite us to reflect on our lives. They invite us to consider our strengths, gifts and flaws. They provoke us to examine what we believe and why. They help us think through the issues facing us in our own lives and, if we are intentional, they can even change the way we approach life, people and the world—and that brings God-talk into open spaces.

But stories like that often make us work harder than others. They tend to not only entertain but also confront, provoke, poke and make us uncomfortable. And sometimes, frankly, we just don’t want to work that hard.

When I reflect on all this, it makes a lot of sense. I must admit, there were nights this past year when I’ve let the DVR catch episodes of Life on Mars or Battlestar Galactica rather than watch them then-and-there. I was just too tired. I just didn’t want to think that much. And I avoid good stories not only on television but also in films and books. For months, I put off watching The Assassination of Jesse James by the Coward Robert Ford until I felt ready to dive into it—because really good stories like that immerse your thoughts and emotions in that world and that takes some energy. And over the last couple of years, I’ve collected a whole row of great literature and good stories on one of my bookshelves, all yet to be read because it takes time and energy to really digest them. Sometimes it’s just easier to watch an old episode of The Simpsons or Friends than it is to watch BSG, a serious film, or read a good novel.

But when we make that a habit, I think we’ve got a problem. We lose something important. A good friend of mine (who is a published fiction author) fears we’re not teaching each other and our children to read well, that we’re making it too easy to opt for less demanding reads rather than good stories that make us think even as they entertain. Perhaps we aren’t teaching each other to watch well, either.

One of the reasons I named this blog the way I did (using a phrase from Eugene Peterson's translation of Acts 17) is because I resonate so strongly with Paul’s ability to see God and his Truth in the culture and share that with those around him. A good story doesn’t need to be told by someone who walks with God in order to reflect him and his Truth. As Paul puts it, God has made himself known to all people: “But the basic reality of God is plain enough. Open your eyes and there it is! By taking a long and thoughtful look at what God has created, people have always been able to see what their eyes as such can't see: eternal power, for instance, and the mystery of his divine being. . ." (Romans 1:20 Message). Paul puts this concept into action "in the open spaces" of Mars Hill (Acts 17), when he talks with a group of philosophers and thinkers and uses bits and pieces of religions, literature and stories they are familiar with that reflect truth and, ultimately, God. God is all around us, he tells them: "He doesn't play hide-and-seek with us. He's not remote; he's near. We live and move in him, can't get away from him!" (Acts 17: 28 Message) If that's true, it makes sense that our stories—especially our good ones—reflect him.

God is always working his Story and Truth through the minds of good storytellers—be it television, film, theater, or books. With a little attentiveness, we can find ourselves learning more about who he is and what he can do, about his Truth—and that brings God-talk into open spaces. And that’s also a good thing.

I’ll miss T:TSCC. I found it to be one of the good stories. I regret that I won’t know if and how John leads the resistance in the future, what happens to Sarah, and whether Cameron’s sacrifice helps to bring an end to the war. But mostly, I regret that I’ve lost a chance to engage in a story that makes me think about the world around me and why I believe what I do—ultimately, a story that brings God-talk into open spaces.