No wings on this dragon

December 17, 2006
To borrow a turn of phrase started by Barbara Nicolosi:

John Paul II on The Passion of the Christ: "It is as it was."

Carmen A. on Eragon: “It wasn’t. Period” 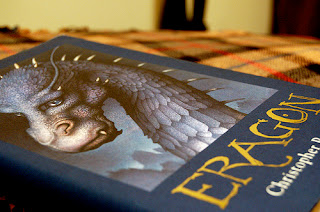 Oh, man. I really wanted to like this movie. But it was bad. Really bad. The script felt like a rough draft that needed a lot of editing. For example, a few scenes into the film, Jeremy Irons repeats almost verbatim his voiceover during the opening moments of the film. Then there’s the dialogue, which couldn’t be saved even by the likes of Irons and John Malcovich. And the editing was just awful. And the characters were as flat and dry as saltine crackers. And who chose Rachel Wiesz (whom I absolutely adore) for the dragon’s voice? Sigh.

I actually got bored. Which is hard for me to do in a movie theater. And that’s too bad. Because the novel—while it wasn’t Pulitzer material by any means—was actually a good read. As I overheard one boy say as he filed out of the stunned-by-the-dismal-film-we-actually-paid-to-see theater behind us, “The book was way better.” Usually true anyway, but in this case, particularly apropos.

For a collection of reviews, see this former post.