Musing on 'Knocked Up' 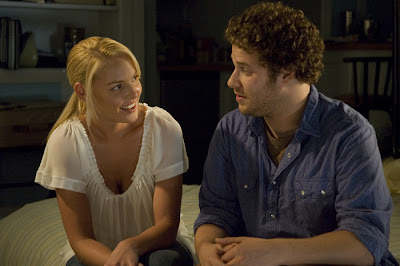 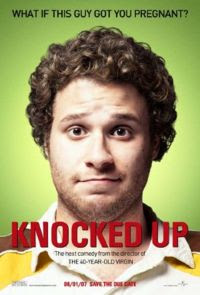 Recently, my husband and I watched the 2007 comedy, Knocked Up (which, it turns out, got a whopping 90% at Rotten Tomatoes). The film follows Alison and Ben and an unexpected pregnancy that results from a one-night stand—an action that is out of character for Allison and a rare occurrence for Ben (though, at least in the first half of the film, something for which he and his friends hold as an ideal). The film definitely deserves its R rating for language, crude humor and sexual content, but if you can get passed that (and there definately were some scenes I had difficulty with) there’s a good portion of the film that works—at least it did for us.

In particular, I appreciated how the growing and birth of the new life inside Alison causes a collision of people—some of whom don’t know (and don’t even necessarily like) each other. They’re all pulled into a new and often messy combination—community if you will. It isn’t always pretty. Sometimes it’s downright painful, heated, full of friction and frustrating—a bit like pregnancy and birth itself, heh. But in this grand mess, new relationships form around this life. And people choose to embrace that life and those relationships even in spite of all that mess and pain. And those choices are key. Those choices transform them as individuals (some more than others) as well as give birth to this new, larger family. And I can’t help but think that this is an echo of a much more powerful truth: the growing and birth of the new life that occurs in us when we chose to walk with God and follow Jesus—and the transformation and new community that builds up around that.

This film has found its way onto lists by critics who are pointing to a number of recent films that carry life-affirming themes, particularly when it comes to pregnancy and childbirth. Others of those are Juno, Waitress, Bella and Children of Men. (Of those, I’ve only seen Children of Men, but the others are on my list.) There’s considerable debate as to whether these films should be labeled “pro-life,” but I really resonate with Ben McCracken when he muses on these films’ popularity in an article at Christianity Today:

Perhaps the popularity of these life-affirming films indicates a more general cultural longing for life, in the midst of a world that is increasingly cavalier in its cheap treatment of it.

McCracken is referring in particular to the plethora of “bloodporn” films like Saw and Hostel that have assaulted the big screen of late, but I think it’s worth noting that there’s also a lot going on in our communities and the world at large to aid in the waking of this longing as well. (Update: Ken Brown has some further thoughts on this at his blog - check it out.)

And I must admit that there are moments in this film when I can’t help but muse at the power of life working it’s way up through the mess of this world—even in the midst of crude humor and raunchiness. In particular, I was very moved by the childbirth scene near the end of the film. I actually turned misty-eyed to my husband and said, “It almost makes you want to have another one.” (Heh. Almost.) Indeed, “life will out”—and even the echoes of it are often beautiful and moving. My biggest beef with the film is that I had to wade through the garbage to get there. But then, sometimes that’s the way it is.

Warning: Again, please be forewarned that this film definitely deserves its R rating for its crude and raunchy content and language as well as some sexual content.