Spiderwick Chronicles: There’s a beauty in our midst 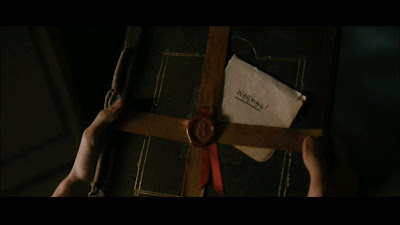 Dear Readers, What you now hold in your hands is the culmination of a life’s work. And you will soon see, as I have, that there are fantastical creatures living among us, hidden through mimicry and magic. This book will give you the tools to lift the veil and see the unseen. 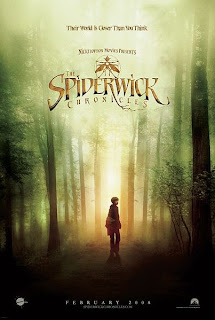 One of the unexpected advantages of having children is the excuse to watch films that are geared towards them—and one of those we recently viewed was Spiderwick Chronicles, a story about three children who move with their mom to an old house in the middle of a magic wood and discover the world around them contains more than they ever dreamed. I’ve not read the children’s novels on which the film is based, but I found the film delightful, with a few particular aspects that really resonated with me.

The main aspect of the film I appreciated was the idea that there is a fantastical world around us—and that once we begin to see it, we are never the same. In the film, this is a world filled with the likes of goblins, faeries, trolls, sprites, and magnificent flying griffins. As each of the main characters discovers that the world around them contains these fantastical creatures, their lives are changed forever. They will never see it the same again. And that’s a wonderful echo of how our lives are changed when we encounter God and his power. He is indeed all around us—we live and breathe in him. A great joy in my walking with Jesus is, so to speak, learning the tools to “lift the veil and see the unseen”—or, as Paul puts it:

Pursue the things over which Christ presides. Don't shuffle along, eyes to the ground, absorbed with the things right in front of you. Look up, and be alert to what is going on around Christ—that's where the action is. See things from his perspective.

As we walk with Jesus and begin to see things from his perspective, our lives begin to change—and we never see the world the same again. 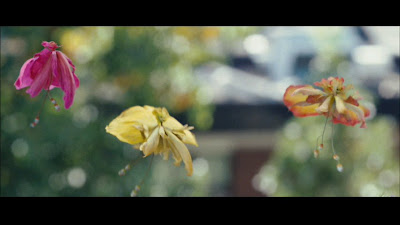 And I absolutely loved the surprise of beauty in this film. Much of the first part of the film is spent in revealing the dark creatures in the service of the evil ogre, Mulgarath. But when two of the children seek out their aunt who knows the secrets of the house and woods surrounding it, they (and we) unexpectedly find displayed before them creatures of great beauty—creatures that lift their heads from under rich colored flower petals and float into the air with grace. That moment actually made me exclaim out loud because it so reminded me of that stab of joy in finding even a brief revelation of beauty or right-ness in the midst of all that darkness and wickedness that seems at times to blot out the light. It is, indeed, breathtaking.

But the beauty in this story seeks to remain hidden and secret. And in the real world, God’s Beauty and Grace—like his Life—doesn’t hide. It isn’t afraid—because it’s winning. It knows how the Story ends, and it’s daring and bold. 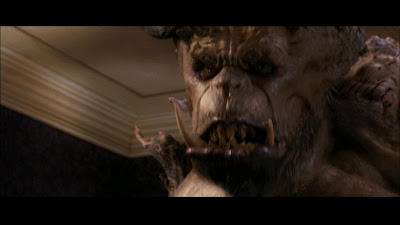 I must admit, far too often that’s not how I feel or even close to what I perceive. And I understand all too well why we humans hide the beauty in ourselves out of fear. There’s an awful lot of darkness in this world. And, like Mulgarath, evil—both within and without us—is cunning, shape-shifting, selfish and will do all it can to get the power it craves. Much of it plays out in ways that are all too familiar in this film: Too many children live like Jared and his siblings, in broken homes and struggling with consequences of the selfish or broken choices of one or both of their parents, and far too many of us pursue our “life’s work” at the expense of our children, who then slip away from us. And there are other forms of blackness in the corners of this earth that literally slam the breath from my lungs.

But, if God is who he says and can do what he says, it’s not going to win. It can’t. The Kingdom’s coming. It’s exploding through. And this world is in the midst of the pangs of his Kingdom-coming. Even in the throes of all the pain and darkness, life—and its beauty—will out.

And, if we look for it, we can see evidence of that around us—and it shows up in Spiderwick, too. There’s forgiveness for betrayal. There’s repentance and healing. There’s coming back and there’s standing together. It seems so small, this healing of one relationship or another. But it matters. I think it matters more than we can comprehend. It is the momentous echo, the bright shadow, even the playing out of the Story itself.

I liked other aspects of the film as well—like how ordinary things like tomato juice can be used as weapons against goblins, the various stages of sight (and even a hint at a rather unique form of baptism—or, better yet, an allusion to a particular method Jesus used to heal a blind man), how the unlikely can save us, and how truth (however painful) sets us free. So, while Spiderwick isn’t perfect, I enjoyed the moments it gave me—and the God-talk it brought into the open spaces.