Thinking about wine and wineskins 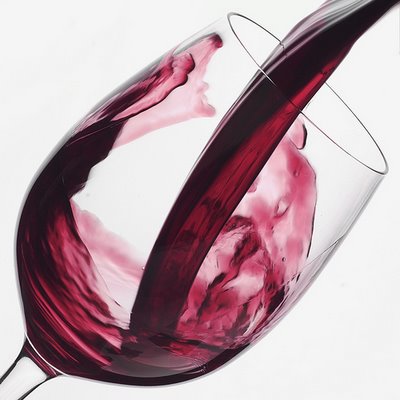 Lately, I’ve been sorting out God’s Kingdom and what it looks like to live in those wide open spaces of God’s grace, glory and love. A big part of that for me has become (as David at Emerging in Ludlow puts it so well) “breaking out of walled spaces.” In particular, I’ve come to embrace that the church is not a place we go but a thing we are—not a building or even the people identified with that building but the living-together-everyday as those who follow Jesus.

And that has me ruminating over how the structures and institutions we’ve set up relate to the Kingdom. And recently, I’ve begun to wonder if whatever organizational structures we use must be fluid and loosely held because this new Kingdom Jesus ushered in is like a wine so potent and so radical in its expanding fermenting that the new wine skins Jesus calls for are not a one time deal—that the Kingdom’s constant growing and expanding will always burst the can’t-help-but-age wine skins which can hold its potent life but for a time.

Donald Kraybill gets at all this in The Upside-Down Kingdom, where he explains the relationship between the Kingdom, the church and the way we organize ourselves as communities (structure). First, Kraybill points out, we need to grasp that the Kingdom is something greater than ourselves or structure—it is the rule of God in our hearts and relationships. Like the wine in Jesus’ example, the Kingdom is “God’s dynamic power infiltrating our lives,” embodying “the dynamic and creative power of God’s Spirit” which “takes on visible expression in new and exciting ways as people submit their lives to God’s rule.” The church—not a structure or organization or assembly—is all of those who have welcomed God’s rule and Kingdom; it is the citizens of the Kingdom, the body of Christ, the visible community of those living out Kingdom values. It is us living-together, not a building. How we live out Kingdom values will reflect itself differently depending on where we live and our culture. Kraybill observes that the “ideas and values of the kingdom take on different cultural expressions in different settings. Believers in Honduras will have different practices and patterns than those in Japan.”

And then we come to structures. As we live in the Kingdom, there will be times when we come together and organize or structure ourselves to do some of the work of the Kingdom. Kraybill puts it this way:

The implications of this paradigm are important (and for me, part of that red pill I took awhile back). As Kraybill puts it, “if we view church programs and structures as human creations, not the kingdom itself, we less easily sacralize them. The moment church structures become identical with the kingdom, they rise to sacred heights. The structures of the church reflect and embody the kingdom but are neither the kingdom nor the church itself.”

Kraybill goes on to underline this reality:

The genius of the gospels is its seed of self-criticism or self-reformation. Each generation of Christians, like the Pharisees, is tempted to sacralize its programs and freeze its routines. Jesus showed us that humanly created structures aren’t sacred. There are no sacred places, organizations, times, objects, doctrines, or social positions, except in the sense that all good things are finally sacred.

The altar in the church is no closer to God’s heart than a rest room. The unfortunate use of the term sanctuary encourages us to view the church building as a sacred place deserving special reverence. Religious buildings often witness to our rigidity, pride and social status. When Jesus purged the temple, he declared once and for all that even the most sacred of buildings don’t deserve our worship. They can be dedicated as one of many tools for proclaiming and celebrating the good news of the kingdom, but they are only human creations. They should always be subservient to the assembly of believers.

The same loving irreverence must apply to doctrine, objects, social positions and programs of the church. . . . Symbols of faith—the cross, the pulpit, the altar, the basin—are as mundane as other everyday objects. They do point us to spiritual meanings. But they aren’t sacred in and of themselves. 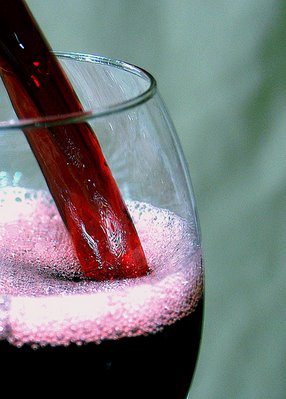 For many of us, this reality is new. And it takes some getting used to. And it takes a new way of living—a Kingdom way of living. For me, that is taking form by learning to live more deeply in Jesus (and, oh, what an incredibly breathtaking journey that has become.) And God is good. He’s bringing me together with others who are sharing this journey. We are encouraging one another, sharing his work in our lives, and learning that life in the Kingdom is all about spilling the love we experience out onto the people and world we encounter each minute of the day. And, in reality, the vast majority of this takes place outside the walls of the building that we call “church.”

And I’m finding as old skins dry up, God is providing new ones—I have but to look up to see where he is working. Funny thing, though, the new skins I’m discovering don’t have much to do with programs or structures or formal assemblies; most of these new skins are relationships with people both in and outside the Kingdom. If I’m right about the new wine skins, that they are not a one-time thing but a constant changing, that means these relationships will grow, change and perhaps move on to new ones. And that makes me a little sad and achy, because just like structure or programs, I can sacralize relationships.

(Image: first photo by katiew at flickr with Some rights reserved; second photo by drimz_dy at flickr)