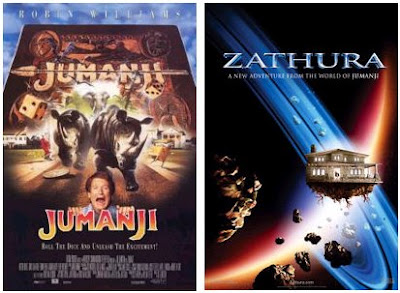 "There are some games you can’t play alone."
--the Astronaut, Zathura

About a week ago, I watched Jumanji and Zathura back-to-back with my kids and thoroughly enjoyed them both once more (though Jumanji is my favorite of the two, I must admit). After we were done, I couldn’t help but reflect that they both shared some similar ideas (in addition to the obvious similarity in plots revolving around mystical board games)—and these ideas speak to Kingdom life. 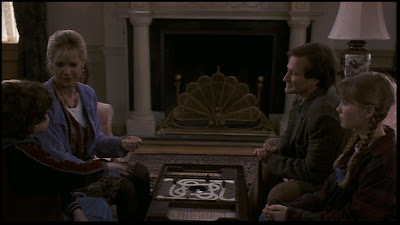 Both films required that most of the main characters to participate in the game—one of great physical risk—in order to finish it and return things to normal. In Jumangi, the game was started by Alan Parish and his friend Sarah but postponed for 26 years after Alan was sucked into the game (and Sarah was left with years of therapy as a result). Two other children (whose parents recently died) discover the game and join in—which pulls Alan out of the game and brings a reluctant Sarah back to play it. The game wouldn’t advance unless each of them continues to take a turn—whether they want to or not. 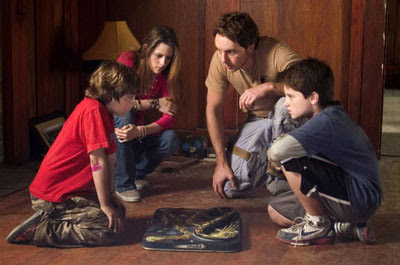 It is the same with Zathura, which focused on two brothers from a divorced home who are struggling with sibling rivalry and competing for attention from their father (who is well intentioned but busy). When the younger brother discovers and starts the game, both are flung into a wild and dangerous space adventure. Again, in order to “beat” the game, it must be finished, with each of them taking their turns. They can’t get home unless they do.

In each story, the game’s requirement for full participation forces the characters to work together as they tackle not only the game but their interpersonal differences and conflicts and confront and overcome their individual fears and flaws. Often, they are faced with choices of personal sacrifice. And ultimately, they grow closer: they grow in love for each other.

These ideas remind me of Kingdom life—something else that can’t be participated in alone. The Kingdom is the place of God’s rule of Love and Life and it is a community, a community that has its origins in the identity of Father-Son-Holy-Spirit and continues itself in God’s creations: us. Inherent in Kingdom life is that we walk with each other, each of us dancing our part to God’s music of Love. This is how it was meant to be from the beginning—a living-together with God and each other in his Love, Light and Life. But here-and-now, in the middle of the Story and this still-broken world we live in, that sometimes can be painful. As we work together, we get to know each other—and that often times results in encountering differences and conflicts. To really live in the Kingdom, we can’t turn away but must (with God’s help) work through it. Often it requires personal sacrifice. And facing our own fears and flaws.

The beauty of it is that if we choose to work and walk together with Jesus in the Kingdom, we grow along with the pain—in particular, we grow to love each other and those around us. And as we do that, we become those “thin spaces” where God is seen and experienced by others—and us.