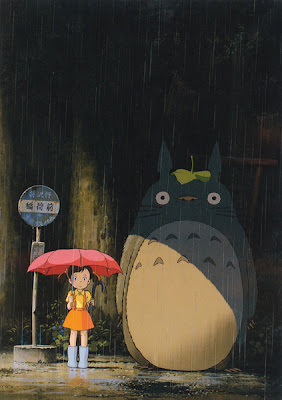 When my kids get sick, the favorite movies start making their runs through the VCR and DVD players. Among those is My Neighbor Totoro.

There are a couple of films I can watch over and over, and Totoro—written and directed by Japanese anime master Hayao Miyazaki—is one of those. Set in the 1950s, this enchanting film tells the story of two children, Satsuke and her younger sister Mei, who move into an old house in the countryside with their father in order to be closer to their mother, who is trying to recover from a long-term illness in an secluded hospital. It doesn’t take long for the girls to discover that mysterious “dust bunnies” inhabit their new home and that magical creatures named Totoros live in the nearby forest. 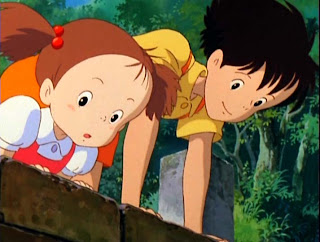 Every time I watch the film, I find the story moving, comforting and magical. I am always re-amazed by its incredibly visually stunning scenery and detail. I love that the family unit is so strong and loving. But most of all, I am drawn to the film because both the children and adults take for granted that there is oh-so-much-more to this life, that surprise and enchantment and love and rock-solid-hope are as real as—and much more powerful than—fear and struggle. And that has God-talk written all over it.

The film is a beloved one by many—including critics. In an article for the Chicago Sun-Times, Roger Ebert said of the movie:

Here is a children's film made for the world we should live in, rather than the one we occupy. . . . It is a little sad, a little scary, a little surprising and a little informative, just like life itself. 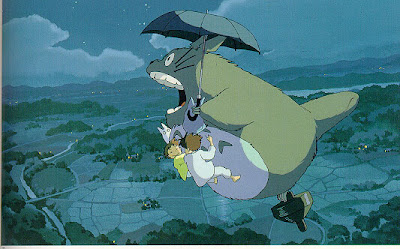 How can I describe the inexplicable power of My Neighbor Totoro, Hayao Miyazaki’s timeless, ageless family film? It is like how childhood memories feel, if you had a happy childhood — wide-eyed and blissful, matter-of-factly magical and entrancingly prosaic, a world with discovery lurking around every corner and an inexhaustible universe in one’s backyard.

It is both familiar and strange, at once universally human and culturally specific. Images and themes inspired by Alice in Wonderland have been filtered through sensibilities reflecting Japan’s animist heritage and given a surreal imaginative twist that is uniquely Miyazaki.

My kids are still enchanted with the story, even after watching it unfold countless times. And, I must admit, so am I.