'The Promise' is broken 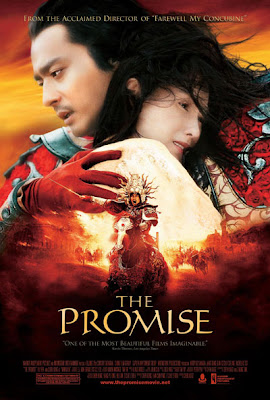 I’m a big fan of Asian epic fantasy films. While the best of these films are always visually striking, they ultimately hang on the story they tell. If the story is done well (like Crouching Tiger, Hidden Dragon or Hero), they resonate on many levels: good versus evil, sacrifice versus fulfillment, forgiveness versus revenge, love versus fear—all themes that relate to faith and God-talk. So when buzz circulated about Golden-Globe nominated The Promise earlier this year, my interest was piqued. 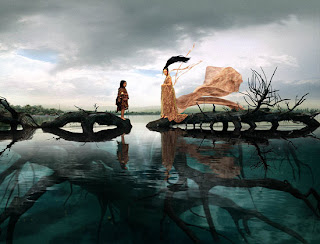 The film (to borrow from the IMDB description) follows a young woman who, as poor orphan girl, “makes a promise with an enchantress. In return for beauty and the admiration of every man, she will never be with the man she loves. This spell cannot be broken unless the impossible happens: snow falling in spring and the dead coming back to life. Now a grown and beautiful princess, she regrets her promise, for all of the men she's loved have always been met with tragedy.”

I didn’t get to see the film in the theater, so I put it on my NetFlix waiting list. Yesterday, it showed up in our mailbox, so we popped into our DVD player last night after the kids were in bed.

My take? Unfortunately, I think the film is broken. It vacillates between breathtaking and hokey, stunning and mediocre, Crouching Tiger and Xena. Some scenes are filled with artful motion while others are clumsy. The imagery is both jaw-dropping and bland. While the story is at times touching, it launches into melodramatic dribble at others. And the editing is brilliant in some parts of the film while abysmally missing in others. 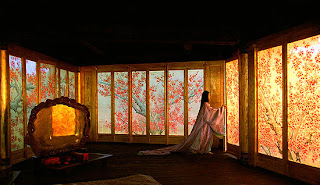 That said, the film does dabble in some themes that bring God-talk into open spaces. Ultimately, the story asks if our fate is sealed by past decisions and events. Are we doomed to live out a path we chose long ago (perhaps without realizing the consequences) or can things like being loved and learning to love change our destinies? This story seems to conclude that there are second chances, a “do-over”—and so does Scripture.

Jesus is all about love and second chances. Our salvation is not only from something but also to something—from “a godless, indulgent life” that leads to death to “a God-filled, God-honoring life” that is filled with goodness and love beyond our wildest dreams (Titus 2, Message). Jesus ushered in the ultimate “do-over.” Our fate—like the beautiful young princess—was sealed, but with Jesus that fate was swallowed up in resurrected life, a life that we can now share and in which we can live.

The film’s worth watching, just don’t expect Crouching Tiger or Hero. But it’s definitely better than Eragon, heh. (Also, friendly warning: the film contains violence and sexual content.) For opinions other than mine, see Rotten Tomatoes (where it got a 30% rating) or Christianity Today, where Lisa Ann Cockrel liked it.