Why I watch television—or, In defense of the small screen 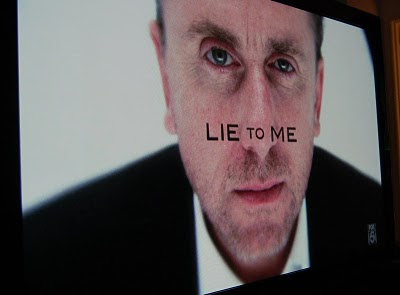 I love stories—especially the good ones. I love them in print. I love them on stage. I love them in film. And I love them on television. Now, most of the time, folks don’t have a problem with the idea that good stories can be found in books, plays and films, but lately I’ve been getting the feeling there’s a general skepticism when it comes to TV—and, frankly, I think the small screen is getting a bum rap.

Believe me, I get where its critics are coming from. I’m the first to complain about unbridled and insidious commercialism or how too many studios churn out one sitcom, drama or reality show after another like spit wads in hopes that a few will stick to the blackboard of Nielsen ratings and the almighty advertising dollar. Then there’s the boundary pushing, media wars and plain lack of originality.

But television is telling some of the best stories of our age—and doing so in a unique and powerful way.

Good stories, among other things, explore what it means to be human and live in this world. They get at who we are and why we do the things we do. They tell us something about ourselves, the world we live in, and the people around us. And the best stories are true—not that they actually happened but in that they reflect human nature and the way the world works in reality. And stories like that provoke us to examine what we believe and why. They help us think through the issues facing us in our own lives and, if we are intentional, they can even change the way we approach life, people and the world.

The really good stories bring God’s truth into open spaces—no matter who writes them. As Paul puts it, God has made himself known to all people: “But the basic reality of God is plain enough. Open your eyes and there it is! By taking a long and thoughtful look at what God has created, people have always been able to see what their eyes as such can't see: eternal power, for instance, and the mystery of his divine being. . ." (Romans 1:20 Message). Paul puts this concept into action "in the open spaces" of Mars Hill (Acts 17), when he talks with a group of philosophers and thinkers and uses bits and pieces of religions, literature and stories they are familiar with that reflect truth and, ultimately, God. God is all around us, he tells them: "He doesn't play hide-and-seek with us. He's not remote; he's near. We live and move in him, can't get away from him!" (Acts 17: 28 Message) If that's true, it would make sense that our stories—especially our good ones—would reflect him.

There are as many ways to tell good stories as there are forms of art and human creativity—and each form brings powerful and unique aspects to how the story is told. Over the years, film and television have grown to be my favorites. Film represents an opportunity to experience good stories in a more compact and distilled form—like a fine wine or a good short story. Television, however, represents the chance to utilize longer arcs, like a novel. The nature of the form allows a story to unfold over 6 hours (miniseries) to 100 or more, taking the time to develop complex characters and stories in a way that couldn’t be done or would suffer in its telling if it were condensed any smaller (think of series, for example, like The West Wing, Firefly, House, Life on Mars, Smallville, 24, Battlestar Galactica, and Lost).

And I’ve come to appreciate how stories told over a longer time frame give us time to reflect, as if laying down a book after a chapter or two in order to think about what we’ve experienced thus far and where the story might be taking us. In a hurried world of instant gratification, this is a gift—and an exercise in patience.

(Of course, the same strengths television has when it comes to telling good stories are also weaknesses. Plenty of good stories have been taken off the air before they had a chance to run their course. As I’ve blogged about before, good stories often make us work harder than others. They tend to not only entertain but also confront, provoke, poke and make us uncomfortable. And sometimes, frankly, too many of us just don’t want that.)

Like film, television’s visual medium presents another unique aspect in telling good stories—in particular that a good story can be shared and experienced with others (an “audience”). Personally, I love being able to share not only the experience of those “ah-ha” moments as a good story unfolds but also the ability to talk about and hash through the story chapter by chapter with my husband, children, and friends. Often, the conversations we have not only help me understand the story better but also better understand myself, others, the world and God. 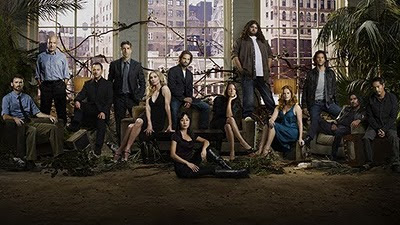 While other forms of storytelling also allow for this kind of “shared stories,” television has the unique attribute of a telling stories simultaneously to a far vaster audience than any of other medium—as if millions of us read the same book or graphic novel or saw the same film or play at the same time. Sometimes these stories, shared as they are in this vast cultural context, become part of our collective and common experience; they take on or share a kind of mythic nature (think Westerns or science fiction in general or, for example, Star Trek in particular).

These kinds of stories play an important role for us humans as a group. When I was writing a post about TNT’s Justified, I ran across an article about the value of the Western as a contemporary myth. In “The cowboy myth” in the Denver Post, Jeffrey A. Lockwood notes the value of these kinds of shared stories are to “illuminate a moral ideal toward which a people aspire, binding together generations and communities, and helping us to understand how we are to live in the world and treat one another….” Lockwood goes on to point out that the shared stories that reach mythic proportions aren’t as much “concerned with timeworn facts” as they are “with timeless truths” and “virtues.” In other words, the really good stories not only reflect human nature and the way the world works but they help us understand how we should act and the way the world should be, and as such, they help guide us in the journey we are on in this particular locale of time and space. If we are paying attention, these stories provoke us as a larger people to think about and take into account the important things in life. And, ultimately, for those who follow Jesus, the good stories we find on television are an opportunity to stand like Paul in our own open spaces, discovering the truth these stories reveal and challenge us with—and that introduces to us to the largest, truest and best Story and the God in which we all “live and move.”

I love good stories and I’m constantly enthralled by how they bring God-talk into the open space. And I love how good stories can be found in so many different forms and places. If we pay attention, we’ll discover some of the best stories can even be found on that small screen in our living rooms.