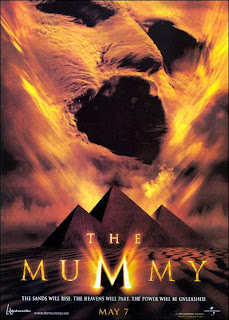 It looks like the third installment in The Mummy franchise is moving up the track. ComingSoon reports on a Sci Fi Wire interview with Al Gough (co-writer for the film) that the script is pretty solid--a family story with Rick, Evie and son Alex (now grown up)--and that Brendan Fraser (Rick) and Rachel Weis (Evie) are in talks to return. IESB caught up with Fraser (working on set of Inkheart), who says he hasn’t yet signed but indicated he’s very much interested. IGN reports the same, citing an exclusive Cinematical interview (in which Fraser says he hasn’t talked to Weis but implies he’s seen the script in which her character Evie is “on the page”). Rob Cohen is slated to direct and the film may begin shooting this summer for a summer 2008 release. 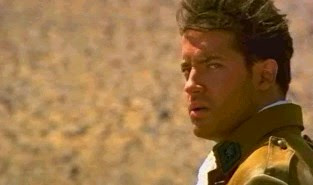 So, why follow that film on this blog? Heck, I don’t know. I’ve been trying to figure out why The Mummy is one of my very favorite films. It’s definitely not for its spiritual content, because most of its overt biblical references are all screwy. But I really resonate with Roger Ebert’s response to the film, who gave it a hearty thumbs up:

There is hardly a thing I can say in its favor, except that I was cheered by nearly every minute of it. I cannot argue for the script, the direction, the acting or even the mummy, but I can say that I was not bored and sometimes I was unreasonably pleased. There is a little immaturity stuck away in the crannies of even the most judicious of us, and we should treasure it. 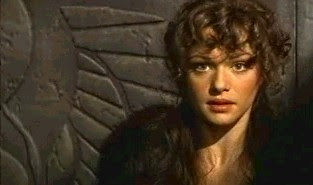 I, like Ebert, am “cheered” by the film, and if I have to boil it down, it’s probably due to one of the reasons I like comic book films: it’s got a ‘verse where “good and evil are named.” This film, like comic book films, touches on something most of us sense, that there’s something wrong with the world, that good and evil are real, and that a battle is taking place around us. And, most likely, one of the reasons this film cheers me is because good wins. 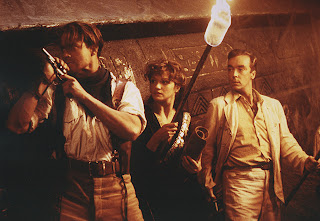 And the film isn’t completely void of potential God-talk. Love transforms the womanizing Rick O’Connell. And evil guy isn’t so evil that you can’t get where he’s coming from. You feel some sympathy towards him because he’s like many of us: he’s given into his own desires instead of doing what’s right—and that takes him down a path that leads to his demise. Then there’s the idea that our choice of which road to walk in this life affects our destiny after death—that there’s an eternal quality to life rather than just the here 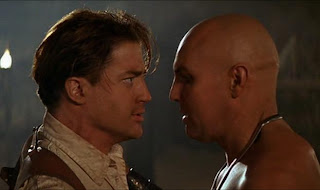 and now. And the idea that sometimes we have to sacrifice ourselves for the good of others and a cause greater than ourselves.

Of course, heh, I could be reaching. It could just be that film simply cheers me as it did Ebert.