X3: Ultimately, it stands and delivers 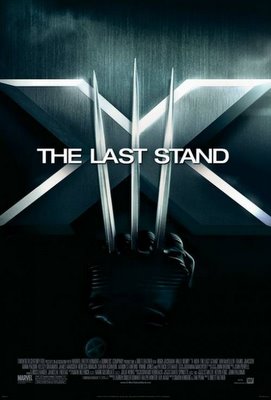 This blog loves comic-book movies and the God-talk they generate. While the third installment in the X-Men trilogy didn’t live up to my expectations (few films do, ack), I think it still delivers.

Reviews and analysis of X3:The Last Stand are plentiful. Heh, the NY Times took an interesting tack I hadn’t seen coming with "Phoenix’s Unresolved Daddy Thing and Other X-Men issues." From the Christian angle, several publications have also weighed in. Over at BeliefNet, they interviewed the producer, who’s a Christian. Crosswalk offers a positive review and Hollywood Jesus throws several more into the pot. The best I’ve read so far is from Christianity Today, who introduces the film this way:

Suppose an antidote was invented that "cured" something significant in your life. Not a disease like cancer or diabetes, but a trait that is part of who you are, for better or worse—like your body type or a personality defect. If you had the opportunity to change the way you were made, would you take it?

That's the intriguing premise that propels X-Men: The Last Stand, the third installment in the highly successful superhero series that began with 2000's X-Men and continued with X2: X-Men United in 2003.

Like many other reviews, CT likes the film but also notes its faults. According to CT, some of that fault lies with the films choice to plays boldly with the fate of main characters (which the film definitely does) and the problem of trying to deal effectively with too many characters. But, that’s all part of the X-Men heritage according to CT, with whom I'm inclined to agree.

In the end, I think the CT review gets it right: the film’s weakness is that it tries to do too much:

In short, the third X-Men movie promises much but falls short in delivery, and that includes its overarching theme. It raises issues without truly taking a stand, ironically. Whether the cure is beneficial or harmful depends on which mutant you talk to. Christian audiences are left with a similarly ambiguous life application. On the one hand, the film is a poignant reminder that we are "fearfully and wonderfully made" by our Creator (Psalm 139: 13-15). However, it can also be viewed as a metaphor for hot topics like stem cell research and gay rights. It might even be seen as a movie about the right to choose, which can lead to ethical discussions both constructive and sticky—again, depending on whom you talk to. Perhaps the ultimate message is how differing perspectives need to learn how to coexist in tolerance rather than battling for superiority.

The movie generates discussion with a lot of grey answers, but that's surely part of the reason for the series' enduring popularity. Anyone who's ever felt persecuted or oppressed for anything can relate to the mutants of the story. Much like Star Trek, it means all things to all people, and you can take from it what you want to.

The film’s weakness, however, is also its strength: it allows many spring boards to good God-talk. CT gives some of those in the form of questions—which are good practical application of wondering into someone’s heart—both in the article and at the bottom of their review. Crosswalk asks them this way: “How should we treat others who are different from us? Should we use our individual gifts for good purposes or for evil? Are we willing to sacrifice our very lives for the betterment of others? Will societal change take place gradually and peacefully or does it sometimes need to be brought about, in Malcolm X’s words, ‘by any means necessary’ (a line spoken by Magneto earlier in the series and repeated by another character in The Last Stand)?” 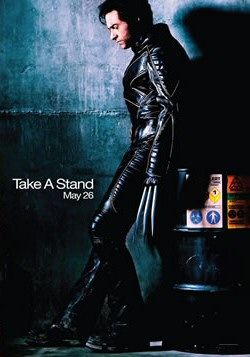 For me, one of the springboards to God-talk lies with my-fav-X-Men Wolverine, who seems to have matured somewhat. Wolverine’s character development has been one of the main themes of the X-Men films. His instinct to go-it-alone, his strong sense of what is right and wrong and his compassion (beneath a most tough exterior, albeit) make him a wonderfully complex character. In this film, he balances out those traits in a much more mature way than in the previous films. Much more consistently, he’s able to do the right thing despite his feelings—and maintain his love and compassion in the process.

Interestingly, that balance didn’t develop in a vacuum; it was nurtured in a community of people who have extremely different gifts but share a common characteristic: they are mutants. Individually, their gifts are often powerful but they can do little individually compared to what they can do as they learn to work together. The final film shows the long-term value of a community committed to loving each other, recognizing and developing each others gifts, teaching each other to live by what is right and wrong, and working together to embrace the thing that made them different from the rest of the world—not to benefit themselves but to help and protect those who often despise them.

It’s this aspect of the trilogy that makes me think about the church and what it should look like. Though we may look different, have different strengths or gifts, come from different home lives and personal histories, we share a common characteristic: we’ve been changed deep down by Jesus. We too are called to a community that beckons us to love each other, recognize and develop each other’s gifts, teach each other to live by what is right, and work together to embrace the thing that makes us different: Jesus. And his call is clear: go out and share this new way of life with others. Live it and teach people what he’s taught us. Show the world there is a better way to live—one of meaning, strength, peace and joy; one of justice and mercy; one of love. Like Wolverine, we are changed when we live in a community like that. Only God’s community of his children is far more potent than that of the X-Men. In God’s community, God not only changes us to be more like him, but God and his power—far greater than any mutant power—lives within us.

While it wasn’t my favorite X-Men film (and, if you stayed until the end of the credits, you’ve figured out it probably won’t be the last), I still enjoyed it. If you like comic book films that generate God-talk, I recommend it.