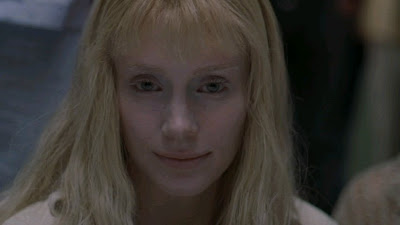 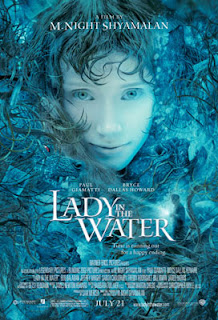 I finally watched last summer’s Lady in the Water tonight and liked it—a lot. I find M. Night Shyamalan amazing even when the critics say he’s bad. Maybe that makes me something other than a critic (which, in the context of this film, might not be such a bad thing, heh).

Who is the lady in the water? Her name is Story, and she's a sea-nymph-like Narf who appears in a swimming pool at The Cove (an apartment complex); she comes to remind us something much greater exists. Cleveland Heep, who carries a deep sorrow, is the complex manager and fix-it guy, who is rescued by Story when he falls, hits his head and slips into the pool. A scrunt—a hound-like creature—is after Story and gradually some of the complex’s edge-of-society residents start to come together to save her. And as they do, their lives begin to transform. 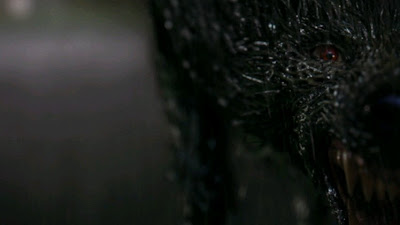 Perhaps I liked this fable-like film so much because I found it a refreshingly different way to tell a good story—and it was made up of moments that moved me: The freeing of speech. The exploding empowerment of discovering and releasing gifts. The power of confession. The beauty—and transforming nature—of community. How hope saturates and “life will out.” The authority and make-right-ness of truth. It’s all there—like leaves swirling in a just-right breath of wind, a pleasure of moments whisping together in color and movement.

Some of the films good moments came in the form of its lines like these, which carry weight and depth, especially in the context of Shyamalan's story:

“Once, man and those in the water were linked. They inspired us. They spoke of the future, man listened, and it became real. But man does listen very well. . . . man may have forgotten how to listen.”

“I wanted to believe more than most. I want to be like a child again. I needed to believe there’s something more than this awfulness around us. . . . ”

“Mr. Heep, it's time we show them that some stories are real!” 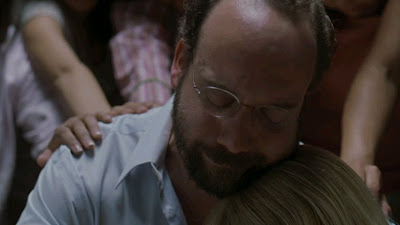 But while there were lots of moments I liked, one group of moments I particularly loved. (Caution: spoilers.) Near the end of the film, the mismatched residents of the apartment complex gathered around Story and Cleveland, both physically and figuratively embracing Cleveland’s release of loss and sorrow which heals not only him but Story, the one they all seek to save.

At this point, this is no longer a group who merely lives together, sharing space, activities and intersections in life. Through Story, they were invited and compelled and weaved-together to help each other (with virtues like authentic confrontation, encouragement and trust) find purpose. They help each other uncover, recognize and accept their gifts—gifts that as they are meant-to-be and best-to-be used together not only free and transform them individually but also move Good against Evil and Life against Death. They allow their own stories to become part of a story much greater than themselves and in the process are transformed and freed—individually within a now-real community.

And that reminds me of the Kingdom and the Great Story in which we live and what Kingdom-living-together looks like.