Stories coming off the page 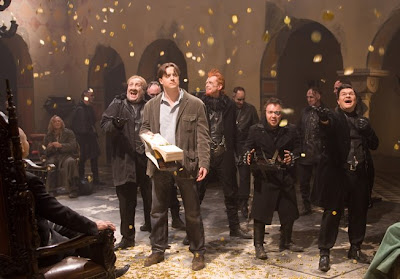 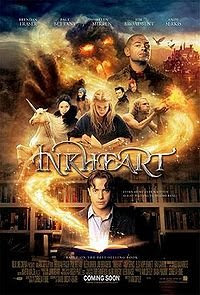 Yesterday, our whole family—my husband, myself and our 10-year-old daughter and five-year old son—trekked to the theater to see Inkheart, a story about a 12-year-old girl (Maggie Folchart played by Eliza Bennett) and her bookbinder father (Mo Folchart played by Brendan Fraser), who can bring storybook characters into the real world when he reads aloud. It’s adapted from a novel by the same name, which my daughter, my husband and myself all read at some point in the last couple of years. It’s a good and entertaining family film, and all of us truly enjoyed it, with both kids immediately requesting the DVD when it comes out (“Don’t forget, Mom,” they warned me). And not only was it engaging and fun, but I also appreciated how the story invited me to think about deeper things as well. 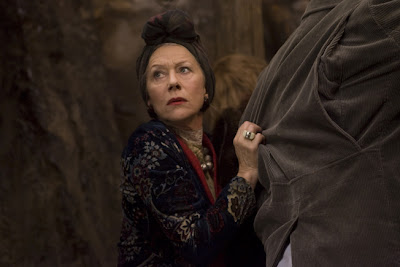 "I prefer a story that stays on the page."

I really loved the inextricable melding of story and reality. One of my favorite quotes from the film is Elinor’s above (I can’t remember if it’s in the book, too), because it makes me think about the Story and how it refuses to stay on the page. The Story, the one we find on the pages of Scripture, plays out about us and we are a part of it, our own stories weaving through. It is, as Lewis and Tolkien discuss, a story that “really happened . . . God expressing Himself through what we call ‘real things’.” That Story isn’t over yet, even though we know its ending; we ourselves play out yet in the middle of it. And, to be honest, there are times when I feel a bit like Elinor. The Story is not tame, but unsettling, dangerous and life altering. It refuses to leave you comfortable in an armchair beside a fire. But it is also beautiful, painfully good and dripping with love.

I also resonate with how story is spoken into being in the film. Our own Story began with God’s breath and his speaking it into being—from “Let there be light” to “Let us create man in our own image.” And then there’s the Word becoming flesh, as John so eloquently puts it in his gospel—Spirit into flesh, Word into matter.

One of my favorite scenes in the film came near the end (caution: spoiler ahead), when Maggie began to write her own story and speak it into reality. She didn’t write to save only herself and her family but also all those creatures and beings around her. I couldn’t help but think how that invites us to consider how we approach our own stories. How aware and intentional are we in creating and living out our own stories? Are we writing them to get what we want out of life? Or are we writing them with the best interest of others as our priority—in other words, are we writing them with love? 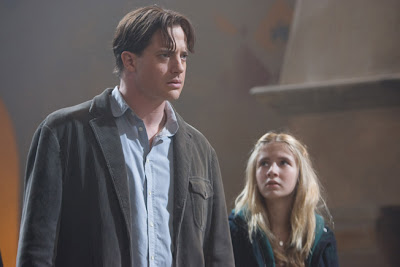 And as a writer, I love Mo’s admonition to Maggie about the power of the written word: “It’s a powerful thing. You have to be careful with it.” There is a good caution here to writers about the stories we tell and the influence they have. The most powerful of them call potent movement and ideas into reality, flesh and action.

On a last note, while our whole family has watched several animated features in the theater, this is the first live-action film in the theater that we’ve seen together. It gleefully dawned on me as I looked at our daughter sitting between us and our son sitting on my husband’s lap that we’d get to do this a lot more over the next several years.

And if Inkheart is any indication, we’re going to have a pretty good time.


Update: For a more professional take on the film, see Peter Chattaway's review at Christianity Today (also, check out additional comments on the film at his blog).