'Son of God' and the larger Story 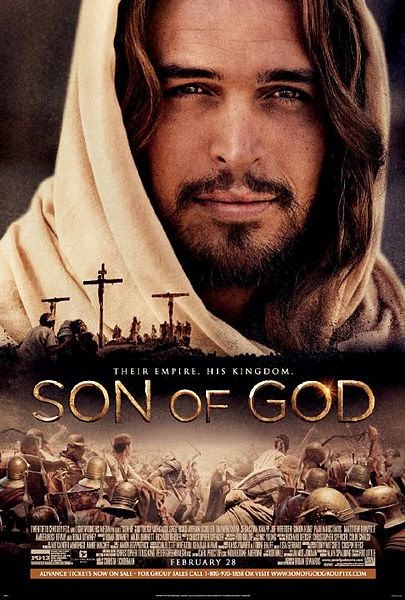 Adapted from the television mini-series called The Bible, the feature film Son of God hit theaters last month. Most film critics were disappointed, noting redeeming moments in the film but concluding it failed cinematically. Among Christians, the response was notably mixed. Some hailed it as moving and inspirational. Others expressed frustration at the largely white cast and concern that the film commercializes Jesus.

Personally, I thought Son of God had its moments. I enjoyed seeing Mary Magdalene front and center with the disciples. Fleshing out Barabbas helped portray the Jewish expectation of a Messiah. But I, too, was bothered by the casting, and at times the film’s marketing felt like Jesus was being used to advance an agenda.

But the greatest weakness of the film was, as Matt Page puts it at 1MoreFilmBlog, “it doesn’t really have anything to say about Jesus… Jesus performs a few miracles, utters the odd wise saying and is nice to the marginalized and disempowered, but both his life and his death seem oddly stripped of any real meaning.”

There’s mention of a “kingdom,” a “message” and “work” to be done, but, as Peter Chattaway notes at the National Catholic Register, “the film is vague on the specifics.”

As I pondered this flaw, I couldn’t help but wonder if it didn’t reflect back some of the weaknesses in our own understanding of the gospel.

In The King Jesus Gospel, New Testament scholar (and Anabaptist) Scot McKnight says that the gospel “no longer means in our world what it originally meant to Jesus or the apostles.” He suggests our tendency to focus on personal salvation—while a key aspect and fruit of the gospel—limits our understanding of the good news and salvation.

The gospel, says McKnight “is locked into one people, one history, and one Scripture: it makes sense only as it follows and completes the Story of Israel.” In other words, we need to know the Story of Israel and Jesus’ place in it to have a good handle on the gospel.

At the core of that Story is God’s work to establish a vibrant, redemptive, God-centered Kingdom of his people on Earth—an image that saturates Scripture from beginning to end.

That Story begins with humanity ruling a good creation in healthy relationship with each other and God. When they rebel, everything breaks. But God has a plan to set it right. He chooses a people—first Abraham, then Israel and kings—to govern redemptively on his behalf.

But they fail, notes McKnight, so God sends his Son to do what they could not and to rescue everyone from sin and evil. Jesus is the Messiah and King who will rule at the center of God’s Kingdom, whose citizens will be transformed to embody God in a new society or ecclesia—one that will bear witness to and live out God’s rule on earth.

Son of God hints at this larger Story in its prologue, showing scenes from throughout Israel’s history. But, as Page puts it, “Ultimately, it’s unclear why [Jesus’] story is the conclusion to all those that have gone before.”

And while the film hints at a counter-culture Kingdom, it fails to flesh out a vision of this redemptive, restoring Kingdom that would manifest as the church. As such, it also fails to articulate the holistic work the gospel propels Kingdom citizens into: “loving God, loving self, loving others and loving the world,” as McKnight puts it.

In the context of this larger Story, Jesus’ message and Kingdom find meaning. If we want to tell the good news of Jesus—on the big screen or in our communities—we need to remember that.

This post is a slightly longer version of a column that ran in the March 17 issue of MWR.