‘Stranger than Fiction’: Finding our place in the Story 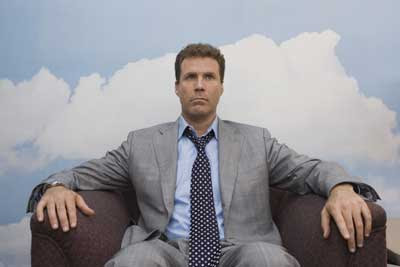 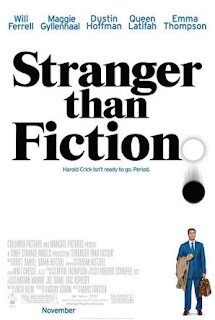 Stranger than Fiction (2006) has been on my list for a while, but I didn’t get to it until tonight—and I must admit it wasn’t what I expected.

The film follows Harold Crick (Will Ferrell in an atypical role), a dull and fastidious IRS auditor. Harold starts to hear the voice of a narrator in his head, who turns out to be writing-blocked novelist Karen Eiffel (a chain-smoking Emma Thompson). As we wait to see if and when the two will finally intersect, we also watch Harold begin to awaken to and seek the deeper purpose and meaning in life. 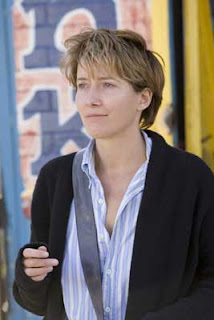 I must admit, as I started watching Stranger than Fiction, I wondered if I could make it through to the end. It’s obviously an interesting and unusual piece of work, and as Peter Chattaway points out in his review at Christianity Today, it invites us to think about larger questions like: “Do we have any control over our lives? If our lives do have an author—God, the Fates, whatever one believes—is this author necessarily on our side? How important is it that our deaths be ‘meaningful’—or, for that matter, that our lives be ‘meaningful’? Does ‘meaning’ come from within us, or from somewhere outside of us?” But I wasn't sure that was enough to hold my attention after a long day. 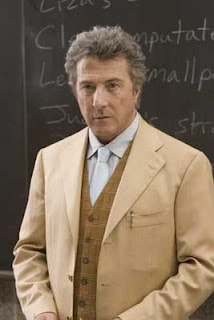 Then suddenly, a bit of the way into the film, it dawned on me that Harold found guidance, purpose, understanding and companionship in his existential crisis not from sages-of-the-day psychologists (one of whom diagnoses him with schizophrenia and suggested he take drugs) but from those who—however flawed—know story: first from a man (Dustin Hoffman) who studies them (even if he seems to have momentarily forgotten what stories really echo in this world) and eventually from a storyteller herself (who discovers anew the power of life in story through Harold himself).

And that really resonated with me. Maybe because I love good story. Maybe because my best friend is one of the finest storytellers I know. Maybe because I love the Story—the one in which we all live and breathe and in which everything finds its place and purpose. Or maybe, because there’s something in us that somehow knows we are supposed to be part of that Story. As I read recently, Mark Scandrette puts it best in Soul Graffiti: “In a world that seems fragmented, we need a place to belong, a source of peace and rest, a way of life that works and a story that helps make sense of all we see.”

This film touches on this in a powerful way. There’s something in us that longs for and even senses that there is a Greater Story in which we all live. And this film gets at some of the things that really matter in the Great Story: from the touch of the hand of another or a gift of fresh made cookies to the choice to give up one’s life for another. Jesus was about love, paying attention, and joining in what his Father was doing—and that is what he invites us into, too. His story is about really making the world a better place: about redeeming, restoring, bringing light and just-ness and right-ness and life and love—much of which comes as we love those with whom we cross paths in the moment-by-moment as-we-go ordinary life. Yes, we all long for the Story that “makes sense of all we see.” And this story really echoes that.

The film has its strengths and its flaws (for more on that see Chattaway’s review or the plethora of reviews collected at Rotten Tomatoes, where the film got a 72% fresh rating), but I ended up really enjoying this one. It surprised me, leaving me in tears at the end. It may not have been the best story, but it was a good one.