I wonder how much of our cultural ennui comes from our loss of the rhythms—agricultural, liturgical—that once divided the year.

--Ken Brown, who blogs at C-Orthodoxy

Yesterday, I spent my morning in waiting rooms, first waiting for my daughter at the orthodontist and then waiting for my truck get an oil change. I savor those days because they let me slow down. I have an excuse to just sit, read, talk with God, or contemplate. And yesterday, I was thinking about Ken’s words cast into the world via Twitter the day before. 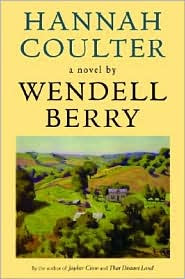 It is something I’ve wondered off and on for years, and I think Ken hits on something worth contemplating. Sometimes, when I hear my mother and others of her generation talk, I am reminded how for many life used to move according to agricultural rhythms. And part of the nature of a life dependent on the seasons and land leads to a kind of connectedness we have lost today. This is something poet and essayist Wendell Berry gets at in Hannah Coulter, a wonderful, bitter-sweet novel in which Hannah remembers back over her life. And one of the things she ruminates on is what she calls “the membership”:

But there were times, too, mainly during the tobacco harvest, when we would all be together. The men would go early to have the benefit of the cool of the morning. The women would finish their housework and then gather, sometimes bringing dishes already cooked, to lay on a big feed at dinnertime; and then, after the dishes were done, they would go out to help in the field or the barn for the rest of the day. Uncle Jack Beechum too would often be on hand to do the little he could, to praise the work of the younger men, and of course to eat with us and pass his compliments over the food.

This was our membership. Burley called it that. He loved to call it that. Andy Catlett, remembering Burley, still calls it that. And I do. This membership had an economic purpose and it had an economic result, but the purpose and the result were a lot more than economic. Joe Banion grew a crop on Mr. Feltner, but also drew daily wage. The Catlett boys too were working for wages, since they had no crop. The others of us received no pay. The work was freely given in exchange for work freely given. There was no bookkeeping, no accounting, no settling up. What you owed was considered paid when you had done what needed doing. Every account was paid in full by the understanding that when we were needed we would go, and when we had need the others, or enough of them, would come. In the long, anxious work of the tobacco harvest none of us considered that we were finished until everybody was finished. In his old age Burley liked to count up the number of farms he had worked on in his life “and never took a cent of money.”

And the membership included the dead. Andy Catlett imagines it growing back and back beyond the time when all the names are forgotten. The members, I guess you could say, are born into it, they stay in it by choosing to stay, and they die in it. Or they leave it, as my children have done.

The kind of life we lead today makes it harder to have that kind of interdependent life. Later in the book, Hannah worries about her children because they have “gone over from the world of membership to the world of organization . . . the world of employment:”

One of the attractions of moving away into the life of employment, I think, is being disconnected and free, unbothered by membership. It is a life of beginnings without memories, but it is a life too that ends without being remembered. The life of membership with all its cumbers is traded away for the life of employment that makes itself free by forgetting you clean as a whistle when you are not of any more use. When they got to retirement age, Margaret and Mattie and Caleb will be cast out of place and out of mind like worn-out replaceable parts, to be alone at the last maybe and soon forgotten.

“But the membership,” Andy said, “keeps the memories even of the horses and mules and milk cows and dogs.”

It is worth contemplating how our movement to a “world of employment” and loss of interdependence affects our experience, our relationships with those around us, and how we may—consciously or not—view others. It is worth thinking about how it affects the way we express church, too. In a community of “membership” like Hannah's (or my mother's), the gathering on Sundays that we call “church” was a coming together of those who had spent their entire week together. They knew—for better or worse—each other’s problems, struggles, joys and celebrations. And there was a role for everyone--from the very young to the very old. In a “world of employment,” church has also become less a “membership” and more an association with an organization. I do realize there are exceptions to this (even within the group I gather with), but there is a vast majority of us out there that don’t see each other but that one day a week—and even then, we talk but minutes. We don’t know each other. We don’t need each other the way Hannah and her neighbors needed each other. Or maybe it’s not so much that we don’t need each other—because we do—but that we don’t know or take the steps we need to take in order to express and meet those needs. Or perhaps it is simply that we, like Hannah's children, have chosen to depart the "membership."

Lately, I’ve become acutely aware of this during communion. When I walk into a worship service and see the table laid out, I feel an uninvited sense of deep sadness. Believe me, I don’t want to. But I do. And thinking about Ken’s remark and Hannah’s concept of “membership” gives me a little more clarity on that. It is, in some ways, a sense of loss or absence. I know there could be more—I see it in the thriving life-together and transforming power of those early believers in the New Testament. They were a lot like Hannah’s “membership”—not in the agricultural sense but in the way they took care of and needed each other. The way they loved. And when I look around at us all as we go forward to the table, I am aware of the absence of that, of how little we know of each other’s lives and how little we really loved each other in the course of the days and weeks that came before. I am, in part, lamenting the absence of “membership.”

Of course, I’m far from the first to call attention to this problem, but I think that Hannah’s experience of “membership” gives us not only an understanding of something we’ve lost and how it has changed us as a culture but also an image of something we are to be as believers. And, of course, we can never go back, to either the time Wendell Berry lays out in Hannah Coulter or to those early years of the people of God right after Jesus. We can’t recreate that culture or life—nor should we try. And we’d do well to remember that those times had their own challenges and problems to overcome them as we have ours.

But we can glean from all this the truths of who we are and how we are called and enabled to live. Perhaps we can ask what we can do today to create “memberships” of need and love around us rather than associations with an organization. Perhaps it will take more intention than it has in the past. But we should at least ask the question.

(Images: mine and Barnes & Noble)