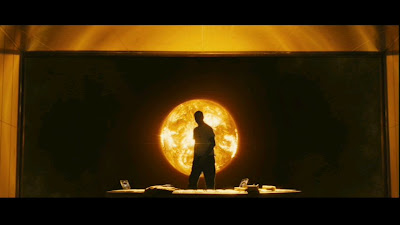 Dr. Searle, a physician and psychologist, is sitting on a bench in the observation room of Icarus II, a space ship carrying eight people on a mission to reignite the Earth’s dying sun. Through the polarized and filtered portal, Dr. Searle is gazing at the sun. He speaks aloud to the ship's computer:

Icarus II: Filter up or down, Dr. Searle?

The filter adjusts and light from the sun brightens his face. Searle's eyes widen and he whispers:

He continues to look at the sun through the portal.

Searle: Icarus, how close is this to full brightness?

Icarus II: At this distance of 36 million miles you are observing the sun at two percent of full brightness.

Searle: Can you show me four percent?

He stands and walks to portal.

Icarus II: Four percent would result in irreversible damage to your retinas.

There is a pause as Searle gazes at the effect of the sun's light on his hand.

Icarus II: However, you could observe 3.1 percent for a period of not longer than 30 seconds.

Searle smiles and walks back to bench.

Searle: Icarus, I’m going to reset the filter to 3.1 percent.

He punches in some numbers and turns a dial. He puts on sunglasses and punches a final button as he looks at the portal. 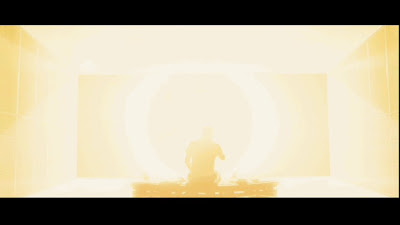 The room suddenly brightens, filling with intense, blinding white light. Searle gasps and fights to keep looking straight at the sun, his hands in front of him. He struggles with the powerful light but he's determined to keep looking at it. 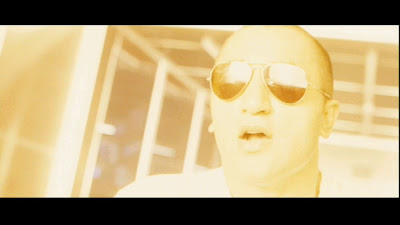 The light suddenly fades back and Searle takes off his glasses. He’s overwhelmed and in reverent awe. Then he laughs in pleasure.

I loved this scene early on in Sunshine, a science fiction film about a mission to reignite the Earth’s dying sun. As I watched this scene, I couldn’t help but think that it echoes in some part human experience with God. Like the star that brightens and warms our Earth, I often take God and his Light for granted. But when I pay attention, and when I experience just a small slice of his Light and glory, I feel like Searle—suddenly paralyzed in shocked awe and reverent delight. It’s almost painful to be shone even a small shade of that glory.

As to the film itself, however, I must admit I was disappointed. I felt rather like I did when I saw Event Horizon. Both films start with great premises and themes but degenerate into a horror/slasher films. I thought the questions introduced in the first half of Sunshine (such as: Is the life of one man worth more than millions? What would you give up your life for? What would you take a life for?) are well worth exploring. But the film never really does that well, swallowed as it was in the second half by a horror oriented plot. In addition, I was disappointed that the ideas of God and faith were so easily dismissed in the context of such questions.

The film did okay in terms of critical review, but I think I agree with Roger Ebert, who says the film "is strongest when it focuses on the sheer enormity of the mission and its consequences." I also appreciate Steven Greydanus’ thoughts about the religious aspects on the peripheral of the film. In the end, I think the film’s first half is outstanding, but I wish the second half would have followed through.