A film worth seeing 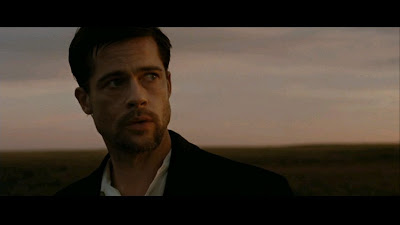 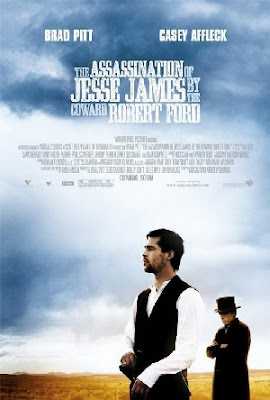 Robert Duvall once said that Westerns are America’s Shakespeare. And in the case of The Assassination of Jesse James by the Coward Robert Ford, that more than holds true.

My husband and I watched the film this weekend and we were completely mesmerized. The film is adapted from Ron Hansen’s novel of the same name and is about the last months of outlaw Jesse James (portrayed eerily and powerfully by Brad Pitt) and his relationship with Robert Ford (well-deserved Academy Award nominee Casey Affleck), a young man who idolizes the James gang but ends up doing exactly what the title portends. It is a deep reaching story about what makes us who we are, drenched with images and characters that just about take my breath away. It is haunting, compelling and profound. And it’s hard to even know what or how to plumb this film—it really does have that much to pull from. 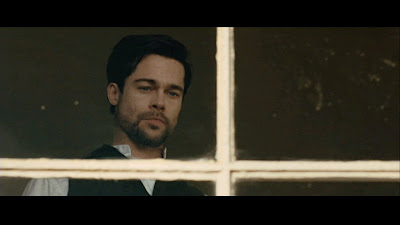 If I had to pick one of the more resonating aspects of the film, it would be the portrayal of, as Barbara Nicolosi puts it, “the destruction wreaked in human lives from habitually living in a state of spiritual rebellion.” Both James and Ford make choices that slide them down paths of darkness. A 34-year-old James is sin-weary as his past deeds pile up on him, consuming him like a muddy, thick bog; his sin is like a disease in its last stages, eating away at his body and mind, leaving him aged beyond his years. James seems many, many decades older than the 20-year-old Ford, who seems at first even younger than his years because of (as Todd Hertz puts it at Christianity Today) his “thirst for affirmation” and desire to “get the attention he deserves.” But it is in those desperate longings that sin takes root and starts its cancerous growth in him. In some ways, I felt as if I was seeing in Ford a younger James as he began his own slide into darkness. 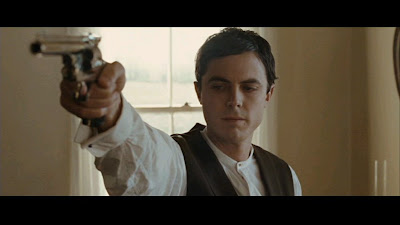 But the film doesn’t let us put either James or Ford in a sealed box with comfortable labels to be tucked away. Instead, we’re confronted with characters of such complexity that they begin to hit more than a little too close to home—but that’s what good stories do. And I couldn’t help but think of a recent quote I read over at Ken’s blog, from Art and Soul: Signposts for Christians in the Arts (by Hilary Brand and Adrienne Chaplin):

Truthfulness demands complexity. It requires that our biographies, novels and screenplays have flawed heroes. In fact it is impossible to create or portray a convincing 'good' character unless they do come complete with warts, failure and sheer bloody-mindedness. Equally important is to remember that even the worst villains are made in the image of God. Even murderers love their mothers, as Dead Man Walking memorably portrayed. In fact, the very best stories are those where the hero sees in his nemesis a reflection of himself, and we, the audience, see reflected in both of them the warring contradictions of our own nature.

Indeed, we do see in these two men our own conflicting natures—and that allows us to care about them. So, even as I was repelled by James’ actions, I also felt deep compassion as he succumbed to the last thrashings of the disease that is sin. And Ford, consumed as he is by his greedy desires for fame and recognition, evoked a sad longing of what could have been if someone had really loved him. 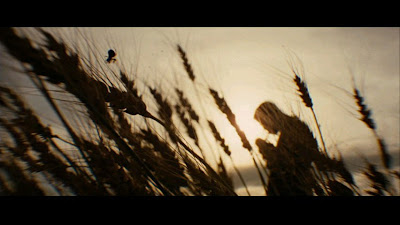 And perhaps this is something that we should all keep in mind as we walk this world and encounter those around us. It’s easy to label folks or write them off, but when we know their stories—why they are who they are—it will most likely touch our own. We start to understand and see them as they are: struggling, wounded and broken. And that often touches our own woundedness and brokenness, which gives us a context in which to relate to them. That doesn’t excuse actions that hurt others or the consequences we must bear for those actions, but it does enable us to respond with Love, the kind of Love we are Loved with—by a God who knows our story and works to invite us into the True Story, a Love Story. For it is as we love others that we invite them into that Story and God’s Love. 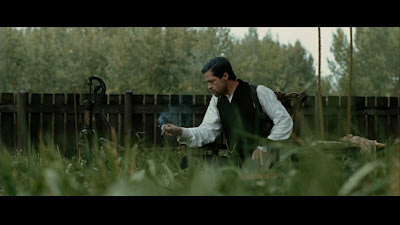 On a last note, I must also mention that the cinematography was breath-taking. There were frames in this film that I would love to have hanging on my walls. And there were moments in the film when I could almost hear Ron Hansen’s words even when the film's narrator wasn’t reciting them. Hanson is one of my favorite authors, and his novels often drip with truth. My copy of Atticus is much loved and well-read. 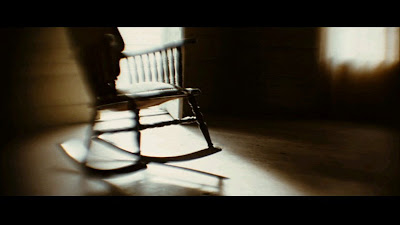 In these open spaces, this film is more than worth seeing—even more than once.

For reviews, see Christianity Today and Jeffrey Overstreet (who makes some great points about how violence is used in the film). For more on the artistic merits of the film, see Barbara Nicolosi. Also, please note the film’s MPAA rating of R if you are considering seeing the film.