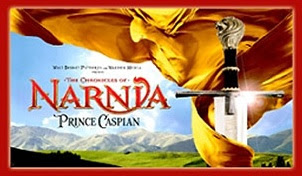 It’s about time this blog does an update on the next Narnia flick, Prince Caspian: In addition to the four Pevensie children, the cast is expanding—here’s the latest I’ve dug up: Ben Barnes as Prince Caspian (somewhat older than the Caspian of the novel), Vincent Grass as Doctor Cornelius, Peter Dinklage as Trumpkin the Dwarf, Alicia Borrachero as Prunaprismia (wife of General Miraz) and Warwick Davis as Nikabrik the Black Dwarf. Pics of the cast and up-to-the-minute news on the film can be had at NarniaWeb.

In other news about upcoming films likely to generate God-talk of one kind or another, FilmChat’s Peter Chattaway notes that self-professed Christian Tyler Perry’s Daddy’s Little Girls is not being screened by critics ahead of time. Make of that what you will.

However, contrary to earlier reports from the NY Post, comic-book-film this-blog’s-been-following Ghost Rider is being screened for critics (although its unusually tight timing has professional reviewers a bit perplexed). In other comic-book film news (and this blog likes that genre for its potential for God-talk), Jeff Bridges joins Robert Downey Jr., Terrance Howard and Gwyneth Paltrow to star in Iron Man, about Tony Stark gone super-hero. 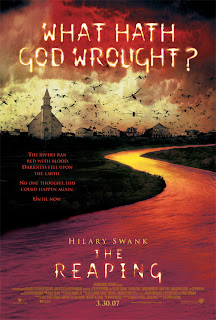 Biblical-plagues-gone-rampant-in-the-South-flick The Reaping has a new one-sheet (click on the poster and check out those captions, ack) and it has been bumped—not for the first time—from February to an April release. Again, make of that what you will.

And Queen Spoo reports on a Sci-Fi Wire story that not only is Matt Damon linked to J.J. Abrams’ Star Trek XI as Capt’n Kirk, but James McAvoy (lately aka Mr. Tumnus in The Lion, The Witch, and The Wardrobe, though we sci-fans will more vividly remember him as Leto II in Sci-Fi Channel’s Children of Dune miniseries) is rumored to be up for the role of our favorite engineer. (Why is a Star Trek movie on a God-talk blog? Oh, heck. I’ve watched Star Trek as long as I can remember—and with my recent advancement further into the lower 40s, that racks up quite some time.)

And, on that note, that’s more than enough for now.

UPDATE: Ack, I keep forgetting to add this tidbit from a post at Barbara Nicolosi’s Church of the Masses, where she reports she’s looking forward to start “work adapting A Severe Mercy for the screen - just acquired for me by Origin.” I believe she's referring to the autobiography by Sheldon Vanauken, who along with his wife formed a friendship with C.S. Lewis that eventually resulted in their acceptance of Christianity—a faith which increased through the tragedy that followed.