Ruminating some more on being church and doing church 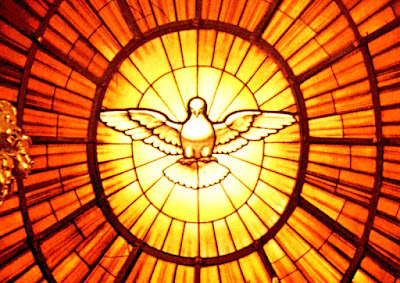 Over the last year, this blog’s been ruminating on how the way most of us do church in North America isn’t working very well. As a whole, lives aren’t transforming and the Kingdom-living Jesus and the New Testament writers describe and lived isn’t the norm among us. This is a rather established observation, widely recognized and accepted in many Christian circles—from the crowds I encounter personally (evangelicals and Anabaptists) to spiritual transformation folks to church growth and health thinkers to those involved in the emerging conversation.

Recently, some conversations I’ve come across got me thinking more about this “how we do church” thing. And I’m more convinced than ever that it’s less about changing how we do church and more about changing how we think. In particular, I keep running up against two crucial areas we keep getting wrong—or, at least, areas of which we don’t get the entire picture. We need to change how we think about these two things if we really want to get down to working with God in Kingdom-coming and Kingdom-living.

We must change how we think about “church.” In our current church culture, our understanding of “church” is too narrow. Much of the conversation I encounter (be it about house churches or mega-churches) has to do with structuring or organizing ourselves—such as “doing church” in worship, programs, ministries or meetings. But this is only one aspect of what it means to be the “church.” The “church” is much bigger than a building, program, institution, structure, organization, set of doctrines or even a way of life. The church is the people of God.

We are the church. We are the called-out ones—called out of darkness to light, sin to righteousness, death to life, the world to the Kingdom. And the church is us living-together, and the vast majority of the time we do that takes place outside the walls of a church building. We live in and out of the Kingdom, and our living-together-in-the-Kingdom is the visible community of those living out Kingdom values. And we carry that Kingdom with us everywhere we go—in the car, the office, the coffee shop, our homes and neighborhoods—everywhere. We are a walking group of living stones (1 Peter 2:5) in a living, moving, breathing Kingdom.

Don’t get me wrong. I get that programs and structure are needed. As believers there are many times when we must come together and organize and structure ourselves in order to accomplish Kingdom goals. But, as Donald Kraybill says so well in The Upside-Down Kingdom:

Over and over in our existing church culture, I bump into the tendency to overemphasize or too narrowly focus on programs or institutions (and even doctrines) as what it means to “do church.” If we want to talk about finding ways to facilitate lives changing and transforming, we need to expand our understanding of “church.” We need to begin thinking in terms of being the church—the people of God, living stones of the Kingdom that we carry with us as we go—rather than going to or doing church.

And we must hold loosely to whatever organizational structures we use. I’ve come to believe that Jesus’ call for new wine skins wasn’t a one-time deal. This new Kingdom Jesus ushered in is like a wine so potent and so radical in its expanding fermenting that the Kingdom’s constant growing and expanding will always burst the can’t-help-but-age wine skins we create, which can hold its potent life but for a time.

We must change what we think it means to be a disciple. Dallas Willard points out often in his writing that discipleship is vastly misunderstood and marginalized in today’s church culture. It has become an option, something we can choose to do or not do. But for the disciples of Jesus, it wasn’t an option—in fact, being a “Christian” was all about being a disciple.

Recently, a friend of ours presented some research on the historical reliability of the Scriptures. As part of that, he talked about the rigor and discipline that disciples exhibited in Jesus’ day. Jesus’ 12 disciples lived, slept, ate and walked with him. Nothing took priority above the Master. They watched everything he did, asked questions, and memorized his teachings and words. They scrutinized his actions. They learned to think like he did, act like he did, look at the world the way he did. That is what it meant to be a disciple.

Do we radically live and breath Jesus like that? Do we know his key ideas, how he thinks, what’s important to him—and why? Do we wrap our lives and worldview around Jesus? Do we know and quest after that kind of following?

That kind of following (“discipleship”) is built on trust. It’s an all-consuming living in relationship with Jesus. It’s trusting Jesus enough to believe he is who says and can do what he says, and then acting on that trust. It doesn’t mean we won’t struggle—the original disciples had their own struggles both before and after Jesus’ death and resurrection. But it’s a learning forward, an ever-ongoing interactive relationship with Jesus.

And if we trust Jesus—that he’s right and true and life—then his mission becomes our mission: we work with the Father in Kingdom-coming. As we go, wherever and whenever, we look with alertness to see where God is acting and we join in. We work with God to establish, in Willard’s words “‘beachheads’ or bases of operation for the Kingdom of God wherever we are.”

But we must never forget, as Willard so aptly puts it, that this project of God’s “is the effect, not the life itself. The mission naturally flows from the life. It is not an afterthought, or something we might overlook or omit as we live the life. The eternal life, from which many profound and glorious effects flow, is interactive relationship with God and with his special Son, Jesus, within the abiding ambience of the Holy Spirit. Eternal life is the Kingdom Walk, where, in seamless unity, we “Do justice, love kindness, and walk carefully with our God” (Micah 6:8). We learn to walk this way through apprenticeship to Jesus. His school is always in session.”

There are other aspects of following Jesus we need wrap our heads around—like what is the Kingdom, how we go about trusting and living in Jesus, what it looks like to live in the Kingdom and live-together in the Kingdom, and what kinds of structures and ways of organizing ourselves best foster these priorities—but the way we think about “church” and what it means to be disciples are two fundamental, vastly misunderstood and unexplored areas I bump into most often.