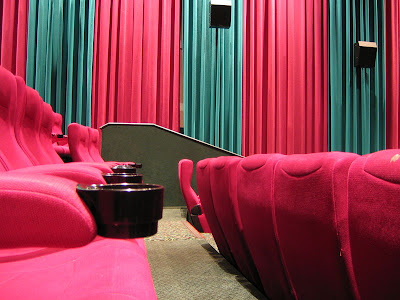 A few days ago film critic Peter Chattaway received a bit of flack from Last Sin Eater director Michael Landon Jr. and radio talk show host Paul Edwards for his review of that film at Christianity Today, where he gave the film 2 out of 4 stars—which, incidentally, was a lot more positive than most critics. I’ve tried fruitlessly several times to summarize it, but you just gotta read it for yourself. (Heh, I gotta tell you that all I could think of as I was reading Landon’s accusations was that it’s a darn good thing it wasn’t Barbara Nicolosi who wrote that review—check out her self-proclaimed rant on Facing the Giants, another Christian film. I really love that woman but I gotta admit that is painful.)

Well, Landon’s comments weren’t lost on other critics out there. Check out film critic Jeffrey Overstreet’s response—and again here. After the word “anti-evangelical” starts floating around, Overstreet writes an absolutely great and fabulous must-read post (okay, I admit I really resonated with Overstreet’s perspective) which includes “The Evangelical Approach” to his film reviews. Overstreet also points to Christianity Today editor Mark Moring’s response. And then Edwards responds [Update: Hmm, it appears that response has been taken down from his site--anyone else know for sure? Update 2: Ah, here it (or at least it seems to be the same one) is, courtesy of Overstreet]. Meantime, Chattaway ruminates some more.

If you are at all interested in the relationship of Christians to culture, art, film and novels, this conversation is a must read. I darn’t summarize it. Take some time to muse through it.