A taste of heaven 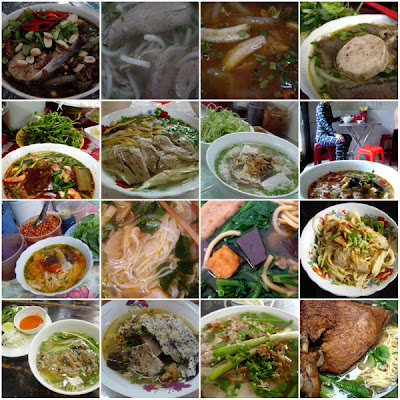 Nothing would be more tiresome than eating and drinking if God had not made them a pleasure as well as a necessity. ~Voltaire

I love living in the Deep South, but one of the things I miss out on by living in one of the smaller cities is the variety of ethnic foods available in the larger. Heh, I’ve always been somewhat jealous of Mir who lives in a metropolis that is a veritable nirvana when it comes to food.

Well, this week, my friend Lenore invited me out to a Vietnamese restaurant for lunch. It’s not much to look at—Asian paintings and art scatter over the walls which still bear the wallpaper from the former establishment (a Honey-Baked Ham store), a big-screen television sits in the corner with a low-volumed cable news channel and the windows hide behind beige blinds—but, oh my, the food. First, I had a shrimp sour soup. The combination of flavors (tomatoes, bean sprouts, pineapples, shrimp, mushrooms, basil, lemon, onion, chilies, etc.) was like actually tasting one of Mozart’s symphonies. Then I moved onto a curry chicken bowl, which (to keep with the musical similies) was like a sweet, long note held by a trumpet or oboe. Heh, music seems to be the best way to describe tastes like these, perhaps because it seems to hint at some of its ethereal-ness. Food can be quite magical. Just watch Babette’s Feast or read Like Water for Chocolate to get what I mean. 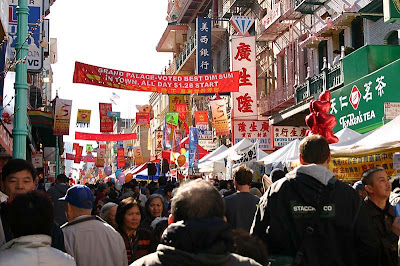 This taste-bud paradise threw me back to an experience in San Francisco’s Chinatown. One time, a good friend took my husband and I to a three story Chinese restaurant in a deep space but so narrow that there was only enough room for a row of tables lining each side of the long walls with a very narrow isle in between. They had to use dumb-waiters to bring up the food because the stairways—which were along the far back wall of the establishment—were too narrow. Along the storefront wall, frosted-glass hurricane shutters adorned open, unscreened windows on each floor. And the restaurant didn’t have a liquor license, so patrons would stop first at the liquor store across the street and bring their own into the place. But the food. Holy smokes, it was good.

Truly, (as Voltaire indicates) there are times when I get that eating is a God-given pleasure. And, if you are fortunate to dine with good company, the enjoyment of this God-given pleasure only increases. (Thanks, Lenore.)