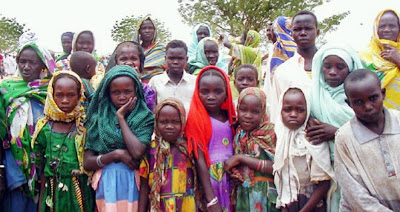 Coalition for Darfur recently alerted those of us on their blogroll to a joint statement on Darfur released Jan. 17 by the UN agencies working in Sudan regarding the escalating violence, deterioration of conditions and increased threat to aid workers. Last month, World Vision posted a similar statement of concern with five other agencies, calling for all parties to “urgently agree — and maintain — a ceasefire with immediate effect. They must ensure that aid workers are able to reach people in need."

The UN release is below:

Over the last two years the efforts of humanitarian agencies in Darfur have saved the lives of hundreds of thousands of civilians caught up in the region's conflict. During this time mortality rates were brought below emergency levels, global malnutrition was halved from the height of the crisis in mid-2004 and nearly three-quarters of all Darfurians now have access to safe drinking water. In 2006 alone, 400,000 metric tons of food were delivered. In the face of growing insecurity and danger to communities and aid workers, the UN and its humanitarian partners have effectively been holding the line for the survival and protection of millions. 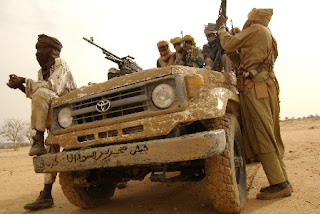 That line cannot be held much longer. Access to people in need in December 2006 was the worst since April 2004. The repeated military attacks, shifting frontlines, and fragmentation of armed groups compromise safe humanitarian access and further victimize civilians who have borne the brunt of this protracted conflict. In the last six months alone, more than 250,000 people have been displaced by fighting, many of them fleeing for the second or third time. Villages have been burnt, looted and arbitrarily bombed and crops and livestock destroyed. Sexual violence against women is occurring at alarming rates. This situation is unacceptable.

Nor can we accept the violence increasingly directed against humanitarian workers. Twelve relief workers have been killed in the past six months – more than in the previous two years combined. Their loss has had direct consequences on the Darfur humanitarian operations. The killing of three government water engineers in West Darfur in July 2006 led to a temporary suspension of water and sanitation activities in camps for IDPs. Nine workers from the same Government department were abducted in South Darfur in November 2006 – five are still missing. 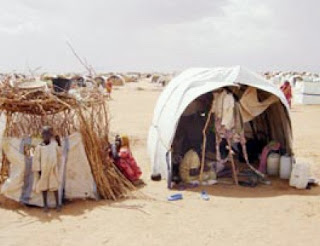 In the last six months, 30 NGO and UN compounds were directly attacked by armed groups. More than 400 humanitarian workers have been forced to relocate 31 times from different locations throughout the three Darfur states, including from the capitals El Fasher and El Geneina and from rebel-controlled areas. Assets have been looted and staff threatened and physically harassed. In the town of Gereida (South Darfur), targeted attacks against six humanitarian compounds on 18 December forced the NGO staff to withdraw, seriously compromising the delivery of vital assistance such as food, clean water and health care for 130,000 displaced persons, the largest IDP gathering in all Darfur. Ten days earlier, in the town of Kutum (North Darfur), the staff of four NGOs and WFP were forced to withdraw to El Fasher, after an attack on a clearly marked humanitarian compound. These are but two examples of the types of incidents which have taken place throughout Darfur.

If this situation continues, the humanitarian operation and welfare of the population it aims to support will be irreversibly jeopardised. Ongoing insecurity negatively affects access to health care for the population of Darfur, as many NGOs providing primary health care have had to suspend or minimize their activities. This reduction in services is leading to a deterioration of the hygiene in IDP camps, reflected by the cholera outbreak that struck 2,768 and killed 147 people during 2006. Global malnutrition rates are edging perilously close to the emergency threshold, while some 60 percent of households in need of food aid cite insecurity as the main barrier to cultivating their land, raising livestock and taking part in other income-generating activities. 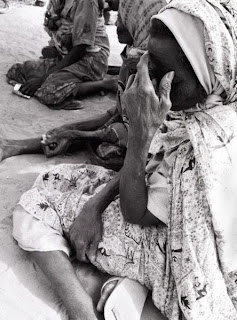 The humanitarian community cannot indefinitely assure the survival of the population in Darfur if insecurity continues. The undersigned members of the United Nations Country Team in Sudan welcome concrete steps from both the signatories, including the Government, and the non-signatories to the Darfur Peace Agreement towards a peaceful settlement in Darfur and the respect of international humanitarian law and principles.

However, such progress must be sustained. Solid guarantees for the safety of civilians and humanitarian workers is urgently needed. At the same time, those who have committed attacks, harassment, abduction, intimidation, robbery and injury to civilians, including IDPs, humanitarian workers and other non-combatants, must be held accountable. If not, the UN humanitarian agencies and NGOs will not be able to hold the fragile line that to date has provided relief and a measure of protection to some four million people in Darfur affected by this tragic conflict.

For a full list of agencies endorsing the statement, see Relief Web. Coalition for Darfur also links to coverage from Reuters and AFP. 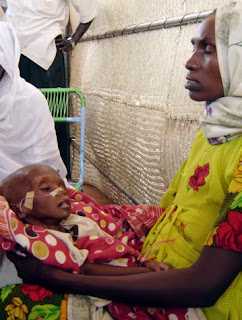 Why does the crisis in Darfur keep popping up on this blog? As this blog has said many times before, God calls us to speak for those who have no voice (Proverbs 31:8-9)--and many in this region are just such people.What can we do? If you don’t know enough about what’s going on, learn about crisis, and then tell others about it. Join a seventh grade social studies class in Highland Park, Illinois, that is undertaking a very creative project to help end the crisis in Darfur. Support organizations who are helping the millions of people displaced by the violence in Sudan and neighboring Uganda (where additional millions have been driven from their homes by the Lord's Resistance Army, a militia reportedly supported by the Sudan government). Check out Coalition for Darfur or Invisible Children or any of the following organizations: Doctors Without Borders, World Vision, Far Reaching Ministries, or Mennonite Central Committee. Also, you can locate your congressman here, and write a letter urging your representative to call for action (see Save Darfur’s background and talking points for more on what actions governments can take to end this crisis and a sample letter you can send to your representatives). God will use our actions, no matter how small; just give him something to work with.