Dipping into that well of movie news 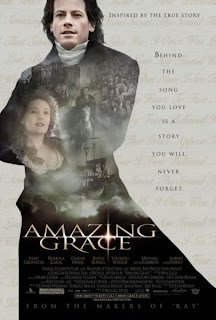 Here’s some news on films this blog’s been following:

Christian Today’s Kevin Donovan says the William Wilberforce Amazing Grace gets historical facts mostly right and Christian Today UK reports that some charities are linking with the film to raise awareness of slavery—something TSK talked about several months ago. (And, I finally figured out why Ioan Gruffudd is so darn familiar to me: he portrayed the namesake of those wonderful A&E Horatio Hornblower films.) 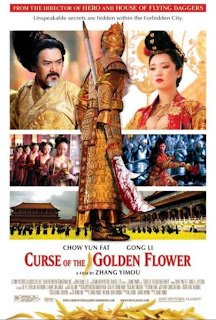 This blog likes Asian martial arts epics not only for their visual presentation (often stunning) and good stories, but also for their potential to generate God-talk. Reviews are out for the latest (which wide-released last weekend), Curse of the Golden Flower. Rotten Tomatoes (which compiles mainstream critic reviews) has it at a 65% fresh rating with 60 positive reviews out of 92. I haven’t been able to locate any reviews from Christian media. Holler if you find some. 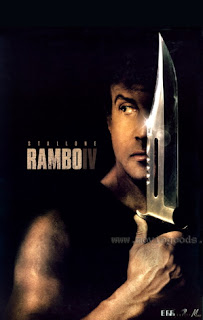 I was glad to hear that Rocky Balboa did so well (I loved the first Rocky, even though I hate boxing), but I must admit I’m having a hard time holding off skepticism when it comes to Sly’s next endeavor, Rambo IV, where the warrior’s latest adventure takes him into Burma to rescue a group of Christian missionaries. However, I can’t help following interviews with Sly (especially after he recently talked about his Christian faith in the weeks before Balboa’s release), who finds Rambo an interesting character study and wants to use this film to “finish Rambo” through a “real spiritual journey” that will “eventually somehow have him go home and be at peace.” I also found interesting Reuter’s AlertNet point to a debate on the benefits versus detriments of Hollywood’s blooming interest in the “humanitarian world” at AidWorkers Network’s blog.

Hat tip to BibleFilms blog for the news that the wonderful Queen Spoo has set up a site to follow Sony’s Jesus-flick, The Resurrection. I haven’t been able to find anything on this film, but I’ve got every confidence the Queen will work her magic. 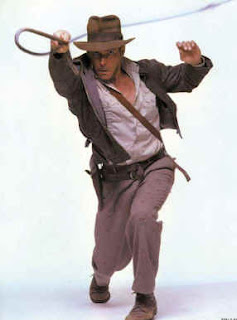 News has been flitting about regarding the confirmation by Spielburg and Lucas that a fourth Indiana Jones film is definitely on its way. Whilst we await news on that front, check out FilmChat Peter Chattaway’s musings on this Indie’s age and when the film will take place. Heh, this is a great piece, pulling from the entire mythos of the saga both film and television. While you’re there, check out his report on FoxFaith’s decision to give churches free satellite TV.

Bible-plague-flick The Reaping now has a website and a couple of trailers—and Chattaway also points to another website out there that, he says, “allows you to 'smite' someone by e-mailing them a biblical plague. No, they aren't even trying to hide the cheese factor here.” Heh. 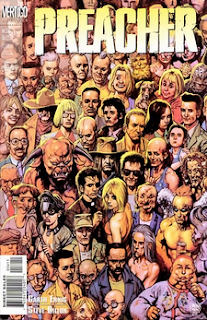 And, while this isn’t big-screen material, I stumbled upon this tidbit as I was checking out the latest on Ghost Rider (which has more stills and trailers). CBR reports on a Sci Fi Wire interview with GR writer/director Mark Steven Johnson, who’s also just completed the script draft for the pilot episode of an upcoming HBO series named Preacher, about a not so ordinary comic-book (anti?) hero. Says Johnson:

It's, like, a guy who's forced into being a preacher, who comes up with the voice of God. And everyone's just trying to kill him because he's as powerful as God. And he can do whatever he wants with that power. And instead he says, 'You know what I'm going to do? I'm going to find God. And I'm going to make him pay. I want God to answer for everything he's done to people.' I think that's really honorable.

This comic-verse obviously takes rather liberal liberties with the biblical worldview. Here’s how Wikipedia sums up the Preacher ‘verse:

Preacher tells the story of Jesse Custer, a down-and-out preacher in the small Texas town of Annville. Custer was accidentally possessed by the supernatural creature named 'Genesis' in an incident which killed his entire congregation and flattened his church.

Genesis, the product of the unauthorized, unnatural coupling of an angel and a demon, is an infant with no sense of individual will. However, as it is composed of both pure goodness and pure evil, it might have enough power to rival that of God himself. In other words, Jesse Custer, bonded to Genesis, may have become the most powerful being in the universe.

Custer, driven by a strong sense of right and wrong, goes on a journey across the United States attempting to (literally) find God, who abandoned Heaven the moment Genesis was born. He also begins to discover the truth about his new powers, which allow him to command the obedience of those who hear his words. He is joined by his old girlfriend Tulip O'Hare, as well as a hard-drinking Irish vampire named Cassidy.

And that about fills the bucket up for this dip into movie news.