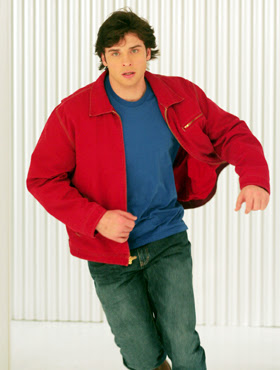 Last night, I watched a TiVo'd "Subterranean", the last episode of chronicles-of-young-Superman-Clark-Kent Smallville (a fav of this blog) before the mid-season break and, frankly, thought it the weakest episode of the season (and, apparently, I’m not alone).

I’m not sure what its purpose was, other than to show Lex Luthor settled into his evil ways (which makes him a less interesting character than when he’s conflicted between doing-the-right-thing and his quest for power) and further expand the gulf between Clark Kent and former-Clark-girl-but-now-Lex’s-girl Lana Lang (their brief conversation definitely illustrated the power of a few exchanged sentences to expand a relationship-gulf into a chasm of distance).

This episode also didn’t do much to explore its underlying political theme, immigration and undocumented workers—an issue dear to this blogger’s heart. The show attempted to draw attention to the plight of immigrants through a plot involving a farm near the Kents that’s using undocumented workers as a slave labor force. However, the issue wasn’t very well explored or explained. Exploring social issues with gripping plot lines and well-developed stories is possible (ER did it with its Darfur episodes) but Smallville failed to do so with this episode. 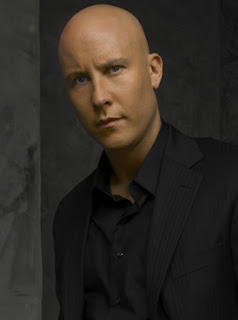 The episode wasn’t a complete loss, however. A great scene came as Lana returns from a brief trip abroad at Lex’s expense. As she relates to Lex her experience in the lap of luxury (taking a private jet, staying in a presidential hotel suite, a stretch limo and watching a crowd of 2000 waiting museum patrons part as she was ushered to the front of the line), she reveals that she finally gets how money doesn’t bring just luxury but also power. Lex’s face grows eager, thinking Lana’s finally gotten a taste of something he’s embraced.

Then she tells him, “Think how much good we can do.” And Lex’s face freezes. I gotta give Michael Rosenbaum credit. The subtle change in his expression is lost on Lana, but we viewers get that a chasm is growing not only between Clark and Lana (where at least it’s acknowledged) but also between Lana and Lex (where it’s hidden by Lex). 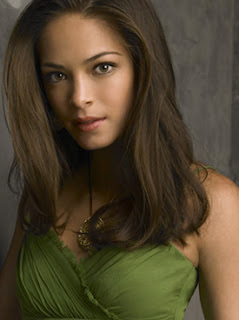 Lana’s right: money does bring power—and a multitude of choices regarding what to do with that power. That’s something with which Lex has already wrestled and a road he’s already chosen. Lana, however, still stands at an intersection, and she’s looking down a road where wealth brings the opportunity to do good things instead of use for one’s own benefit (as is Lex's road).

This is something I’ve also ruminated on. While I don’t have the billions that comic-book-verse Lana Lang has at her disposal, by virtue of being a middle-class American I am among the most wealthy in the world. I’ve come to the conclusion that a biblical way to view my possessions and money is to see it as a collection of stuff that other people need. That helps me keep it in perspective—and avoid getting far off the road (or go down the wrong one that Lex has traveled). 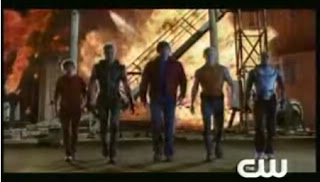 That said, I must admit (from my geeky heart) that the best scene in this episode actually came during the credits, as a teaser for the second half of the season played. I got a very geeky thrill watching Clark striding out of a fire flanked on one side by Flash and Green Arrow with Aquaman and Cyberman on the other—the beginnings of a fledgling Justice League. One of the pleasures of this series is watching the becoming-of both heroes and villains, their identities made up by a myriad of choices—some bigger than others but all critical in directing the path they walk.

This is true in real life as well: all of our hearts are always being formed in one direction or another. By God or by the world. And the choices we make play critical roles in that formation. Yet another reason comic-book television shows and films are high on my list.