Thinking on ‘Heroes,’ fear and setting-things-right 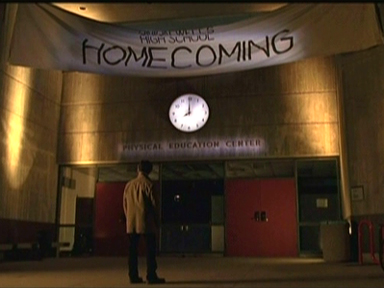 Good television equals a good story that tells us something about ourselves, the world we live in and the life we live in it. Last week’s episode of NBC’s Heroes—which, like good comic-book films and television shows, explores the condition of the human heart and the struggle between good and evil (without and within) as it chronicles what goes into the making of a hero—gave us a good chapter in such a story.

“Homecoming” is a crucial advance in this drama which (revealed in comic-book chapter-like style) chronicles the lives of about half a dozen ordinary people—most of whom are strangers but quickly beginning to cross paths—who discover they possess extraordinary powers and struggle with the purpose and identity that comes with it. (For more background on the series go here or here.) Part of the on-going storyline involves the hunting of the yet-to-be heroes (or yet-to-be villains) by super-villian serial killer Sylar as well as a shadowy organization headed by horned-rimmed-glasses Mr. Bennet—who happens to be the father of one of those heroes-to-be, 17-year-old cheerleader Claire. 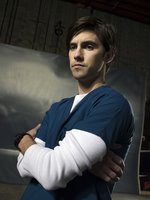 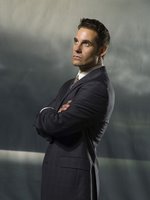 And, in “Homecoming,” it is Claire for whom Sylar comes. One of the other heroes-to-be, Isaac, paints this event prophetically (among other crucial events that the heroes are yet-to-be involved in), which sets the stage for decisions other characters must make on who they will be—especially brothers Nathan (the older who is a too-oft-pulled-towards-power-and-greed New York politician with the gift of flight) and Peter Petrelli (the younger who is now unemployed but compassionate and a there-is-more-to-how-we-use-our-life young man with the gift to mimic the power of heroes who are in close proximity). Each has begun to walk a path—one towards evil and the other towards good. Nathan believes the discovery of his flight-power by the public will keep him from the political power he truly desires and keeps his powers hidden or used only for himself (or, when he must, his family). Peter, on the other hand, has welcomed and accepted the call to a new destiny and purpose in spite of the costs, and is well on the road to using his powers for others and setting-things-right.

When a crucial panel in a series of Isaac’s prophetic comic-book style paintings (one which seemingly depicts Peter’s death) is discovered, Nathan hides and destroys it, essentially telling art-dealer Simone that he doesn’t believe in Peter’s idea of destiny, that by destroying the painting he’s keeping Peter from harm. Simone, however, later shows Peter a photo of the painting, and Peter decides he will go try to save Claire (whom he hasn’t ever met) even if it means his death.

Fear is a powerful emotion—one to which the brothers respond differently. Confronted again with the possibility that something bigger than him is taking place, Nathan (again) responds with self-preservation—which on the surface appears selfless in that he’s protecting his brother. However, at a deeper level, Nathan’s action serves to protect his own way of life. If he admits Peter’s onto something—that there is destiny out there for them—then he’ll have to face how that affects his own use (or non-use) of his power. And that is not something he wants to do. Ultimately, he’s afraid of losing his way of life and the kind of power it brings. Instead of just avoiding it this time, however, he actually tries to thwart it—which is taking him one step further towards the road to villainy.

Peter, however, is compelled to be part of setting-things-right—even if he must sacrifice his life. He’s afraid. But he’s also strengthened by what he’s already seen and experienced. He knows he has a part to play. He’s already walked far enough down that road that its call rings in his ears.

In some ways, Peter’s resolve reminds me of Frodo’s at the end of Fellowship of the Ring, when he’s struggling again with wishing the burden of the ring had never come to him. Yet Gandolf’s words echo in his mind:

So do all who live to see such times. But that is not for them to decide. All we have to decide is what to do with the time that is given to us. There are other forces at work in this world Frodo, besides the will of evil. Bilbo was meant to find the Ring. In which case, you were also meant to have it. And that is an encouraging thought.

Peter knows there’s a greater purpose and plan—one that works to thwart evil and its work—and he wants to be a part of that. Every step he takes down that road reveals more of that purpose and more of that plan. He’s decided to do what he can with what he’s been given, even at the expense of his own life.

While it may not be on such grand life-and-death-in-the-balance scales, we face decisions like Peter and Nathan’s all the time. We are confronted with the presence of “forces at work in this world” and must decide on which road we will walk. For those who follow Jesus, many times that choice will cast us out of the norms of society and culture—even our own families.

As we follow Jesus, however, we get to know who he is and what he can do. We get to know the Father and his all-encompassing, ever-spilling love. We discover his Kingdom—which is all about setting-things-right—is always moving, expanding and encompassing. We learn over and over that God is good, powerful, faithful, near and ever-present. And so, even when everything around us screams otherwise, we begin to trust that he is who he says and will continue to do what he says he can do.

Like Peter, we find we are willing to lay our lives down as we walk that road. Like Peter, we have faith—but not just in a purpose but a Person. And this Person proves himself over and over to be the life-giver, restorer, redeemer, and bottomless well of abundant life and love. He will never abandon us. Nothing—even when all seems hopeless—can separate us from his love. And, while we can overcome fear in a multitude of ways, that is the one thing that fades it away. Perfect love, says John, drives out all fear. And that perfect love is the love of our Father. He loves us like the father of the prodigal son, always waiting at the gate for us, running to embrace us, restoring and remaking us to be his children. And that love rings in our ears as we walk the road before us.

And stories like Heroes’ “Homecoming” remind me of that—which gets them on to this God-talk blog.